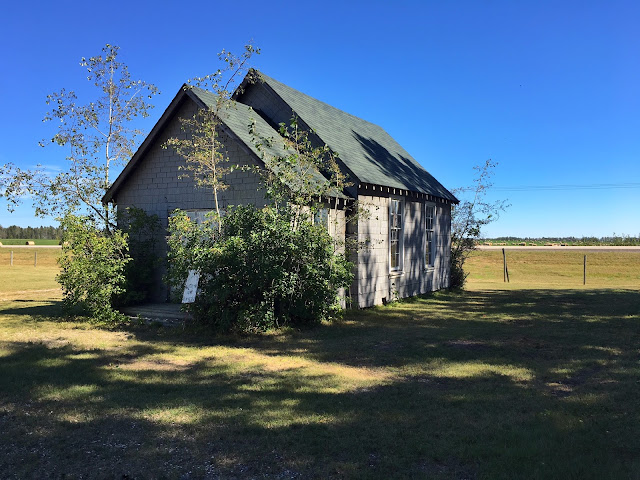 Chedderville is another area that is part of the pioneer history of Alberta. It had a school, post office and a church. The school operated from 1918-1959. The original school was torn down and the 2 brought in to replace it, from nearby districts, are no longer there.

The post office operated from 1926-1967. The origin of the name is unknown, however there was a source that says many of the early settlers were from England, and specifically, 2 brothers were from Cheddar. Another source says this is a cheese producing area. If either of these are true why would the spelling be altered? And why is Chedderville Cheddar not in my house right now. Who knows. Also I am holding back the cheese puns out of respect.

The Chedderville Anglican church wasn't built until 1948. Previous to that, services were held in homes and then in an old house supplied by a local resident. It was built entirely by donations, free labour and material. It was named All Hallows after All Hallows on the Hill in London, England. A cemetery was added later, and the first burial took place in 1954.

There is worn and faded sign by the front entry that reads: 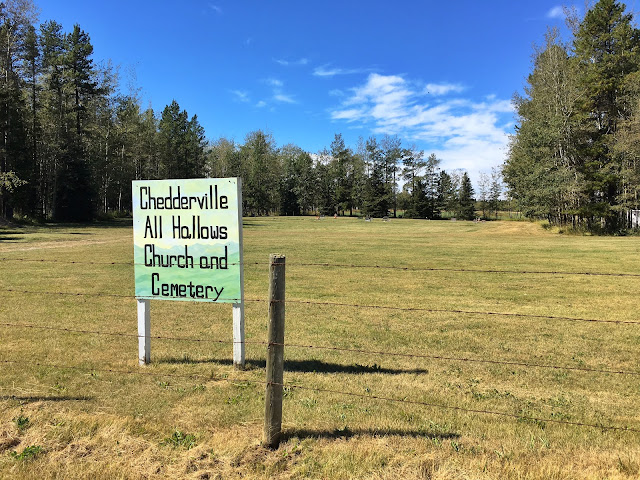 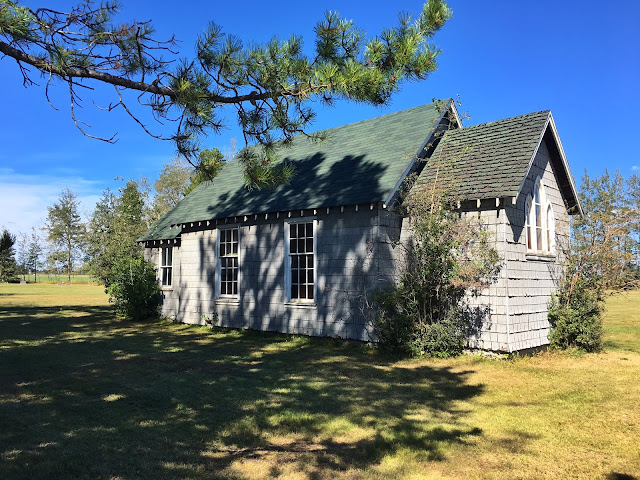 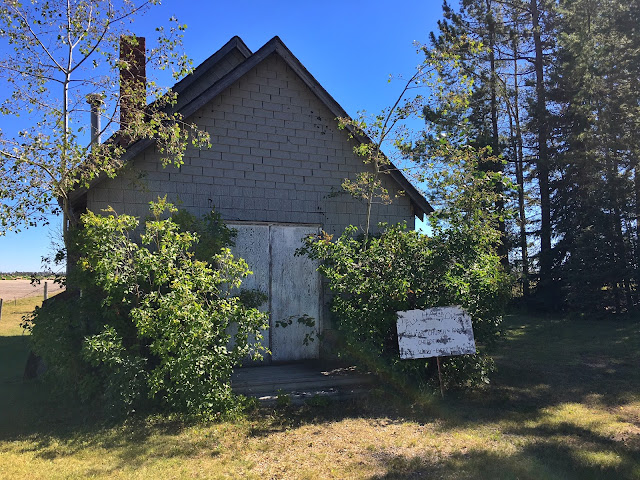 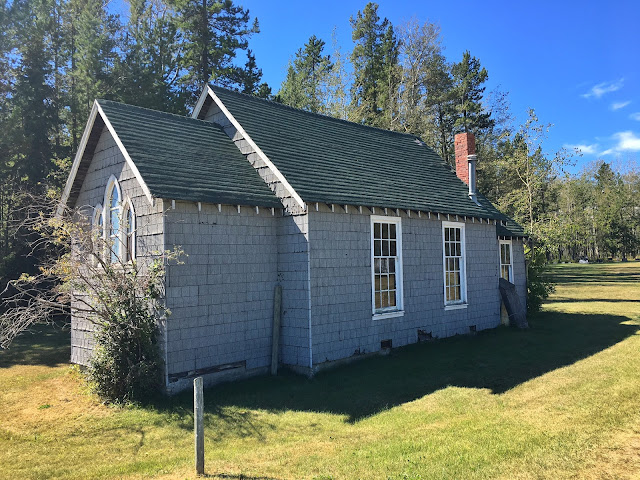 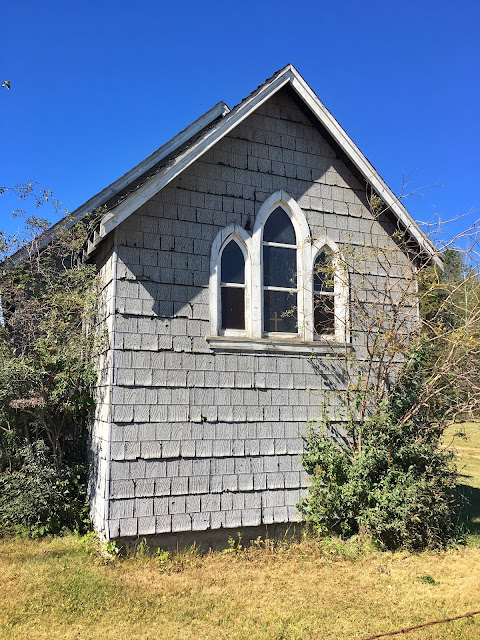 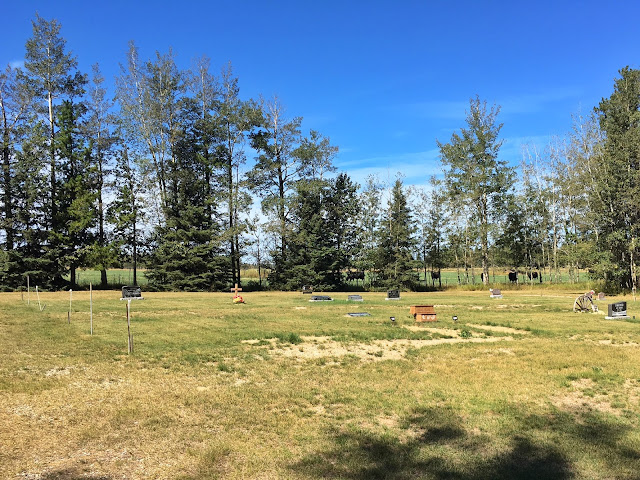 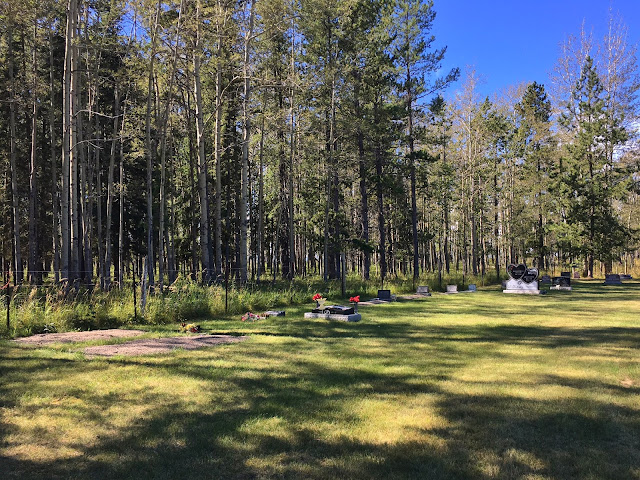 The sign in front is obviously old and this lovely little church needs some repairs and TLC. Looking inside the windows the pews are lined up and it looks ready for a service. I can't confirm if they still hold services or events here. I would like to find out though.

If anyone has any history or stories of Chedderville, I would love to hear them!