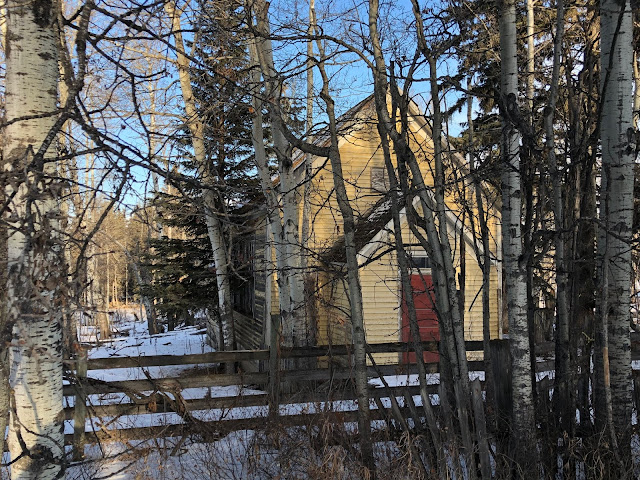 I was sure I had posted this school before but looking back it appears that I did not. I went by this school once in the summer and most recently in December 2018. Different seasons, different photos! I do believe this is one of my favourite locations.

The History!
Ennerdale School opened on October 1, 1912 and closed in June 1955. It then became a community centre. In July of 1982 there was a reunion of former teachers, students and their families. It has now not been used in quite some time, however a new marker commemorating its 100th year (2012) is in place. In fact the sign is what you notice first, the school seems to blend into the trees despite being a cheery shade of yellow. I have driven right by even while looking for it. I know I am not the only one to have done this.

The school name was chosen by a local settler named John Gathercole. Upon moving to Alberta, in 1905, he became a Justice of the Peace and was instrumental in petitioning for a school to be opened in the district. He chose to name the school Ennerdale after the last place he lived in England before moving to Canada.

Photos!
First I will post an old photo I found, it was dated 1908 but that doesn't fit with the 1912 date the school opened. You might notice that the teacherage (addition on the back) wasn't original and the windows were enlarged at some point.


I decided to make some side by side photos and apparently I am a creature of habit and took virtually the same photos on both occasions. 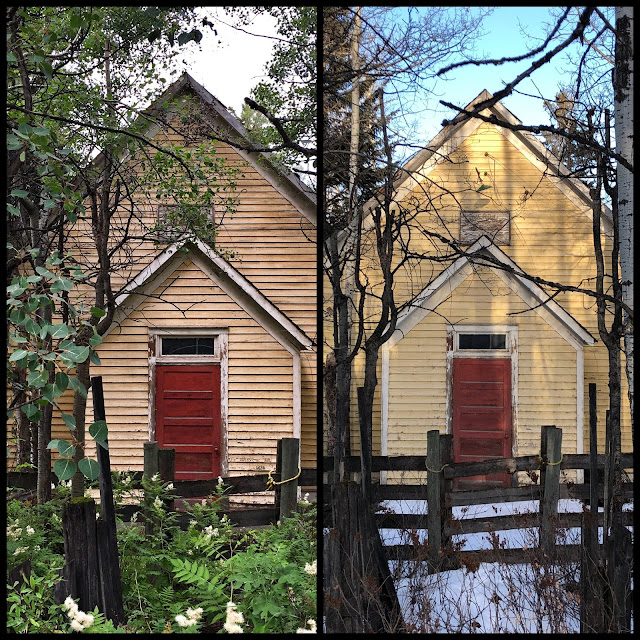 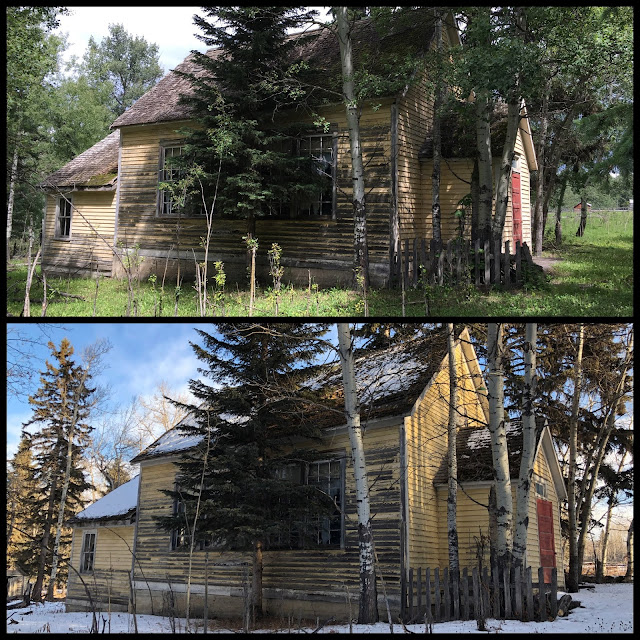 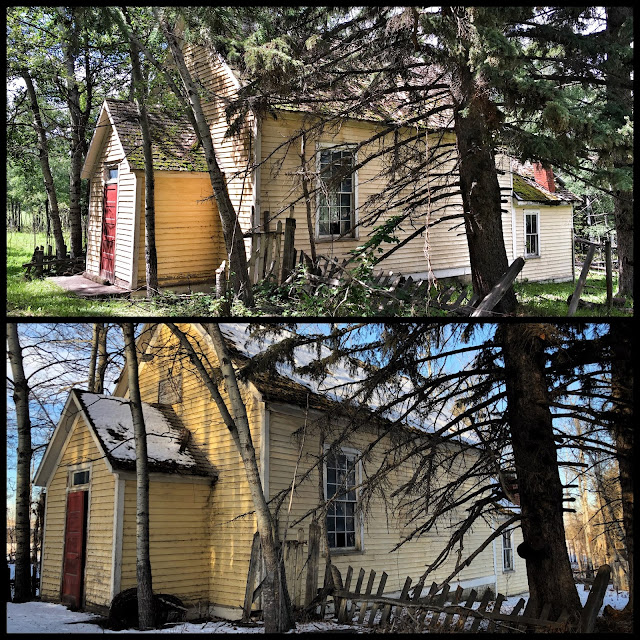 On a personal note:
Again I have been away from the blog more longer than I intended. Besides my full time job, I also have my 'side hustle', which I have been working on in the evenings in preparation to be an Artisan Vendor at the 2019 Canada Winter Games in Red Deer. I have no idea if I am over or under prepared as I have never done a market like this.

Also my grandpa, who I posted about here, passed away last week at the age of 96. We made a quick trip home to be with my grandma who is 92.

I appreciate everyone who reads and comments and I will visit all the blogs soon! Take care!