I am not much of a planner, so true to form, it was a last minute trip that took me on this afternoon trip. Also true to form, I figured why not kill 2 birds with one stone by stopping at the Alberta Central Railway Museum on the way. Fun for me but also something fun for the kiddo before dragging him to take photos of old buildings. The museum and the ranch are only about 20 minutes apart. Perfect. I love it when a non-plan comes together.

The Museum I will post about another time, today is all about The Bittern Lake Ranch. 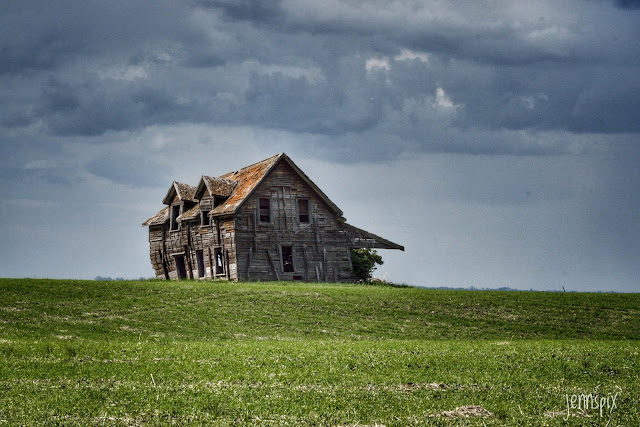 You might think that by looking at the size of it that it was built for a large family with some money. It was actually built in 1897 for an English aristocrat named William Anthony Stoughton, who came over from England in 1893, accompanied by his cousin James Mansfield.

Mr. Stoughton, a bachelor, didn't spend much time here, only the summers. In 1902 he rented the place to the Chambers family who farmed grain and had cattle and horses. In the Spring of 1907, he traded the ranch to Ernest, Robert and Alice Ochsner for a brewery in Edmonton. After awhile he got rid of his brewery interests and went back home to England. He passed away there in the late 1940' or early 50's.

Robert Ochsner, who had arrived in Alberta in 1894, founded and built the Strathcona Brewery. In 1907, with prohibition looming, he though the trade was in his best interests. He made the deal, stocked the farm with 500 head of cattle and 80 horses and went into the ranching business. He also built a horse barn, cow barn, pig house, granary, machine shed, a bunkhouse, a smoke house and even a double toilet. One side for men, one for women. The ranch had plenty of hired help.

But what about the beer?? In case you were wondering what became of the brewery...after prohibition ended it became Northwest Brewing, then was bough by Calgary Brewing and Malting, sold again in 1973 then closed in 1975. The only remaining part of the original brewery is home to part of the Edmonton Archives. Quite the history! Maybe I should start a beer blog.

Over the years, the ranch was owned or rented by various people. Harold Doel, the final occupant, bought the ranch in 1946. He demolished most of the outbuildings and used some of the lumber to build his new farmhouse nearby. The old ranch, sadly became a granary. 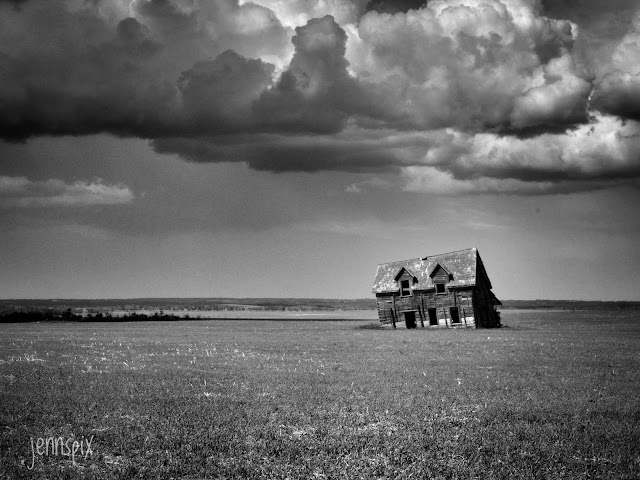 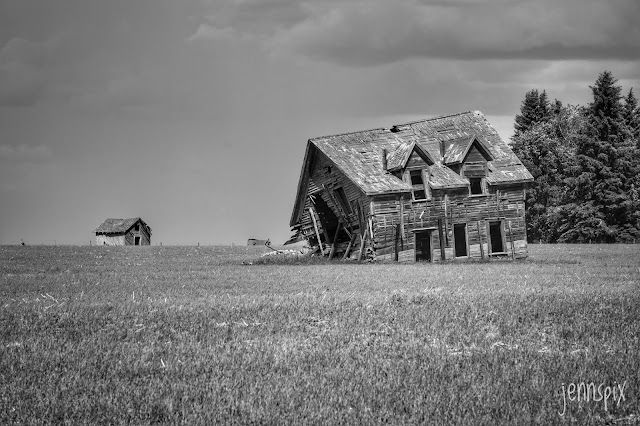 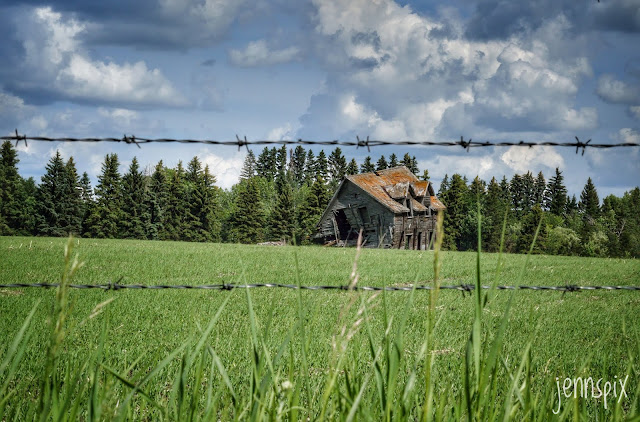 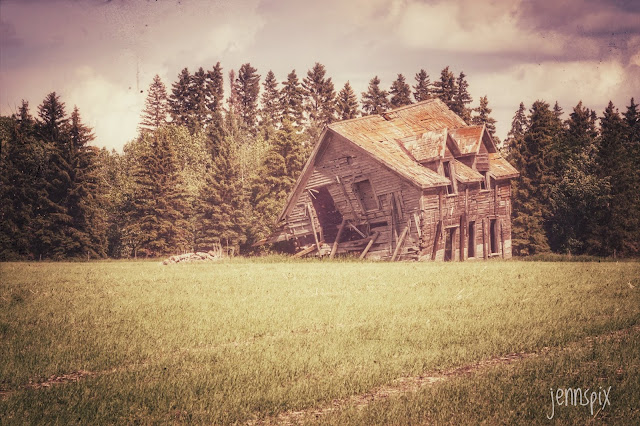 Interesting to see a homestead like this with so many different people having lived in or owned it. You might expect a place like this to be on the same family land and passed down to the next generation. Not the case for this once fine old home. The house is apparently braced but one may wonder who long it can keep holding this pose before finally collapsing.