I have driven by this old property several times as it is just south of where I live. In the summer with the trees you are likely to miss it. On a recent drive by,  I noticed a new metal gate across the overgrown driveway. I tracked down the owner and asked permission to take some photos. He seemed unconcerned and told me to go ahead. He said he put up the gate as people were illegally dumping stuff. Some people...

I came back a couple days later, properly dressed in long pants and covered in bug spray. I do not like the idea of walking through overgrown bushes and thistles in shorts. Also there could be ticks and crawly things. I remember it being hot and muggy that day. The only sounds were the insects and the birds and the occasional vehicle heading by on the gravel, oblivious to me poking around. Probably better that way.

There was the usual homestead finds. A house, barn, granary, shed, outhouse and a bunch of unidentified metal machinery hidden in the undergrowth. All surrounded by a trees, except beside the barn which opened up to a farmers field.

I didn't get any history on the place, the owner was friendly enough but not chatty so I did not want to push my luck.

Why does summer time seem to move so fast? How can it be August 22nd already?

A few things have happened recently (that I do not need to get into here) but they had left me feeling discouraged and dispirited. So on my way home from a nearby town the other night, I decided to take a different route and get a change of scenery from the same old boring highway I have traveled so many times. It was the right choice, I took random turns but ended up where I was supposed to be.  The evening light was sensational and soft and I felt like I wanted to dance in the middle of the gravel road. I was having a moment. I was feeling inspired! It was just what I needed. It was also nice to see some blue sky after all the forest fire smoke.

I am pretty happy with some of the pictures I took and can't wait to get back out on there! All these images were taken within a few minutes of home. 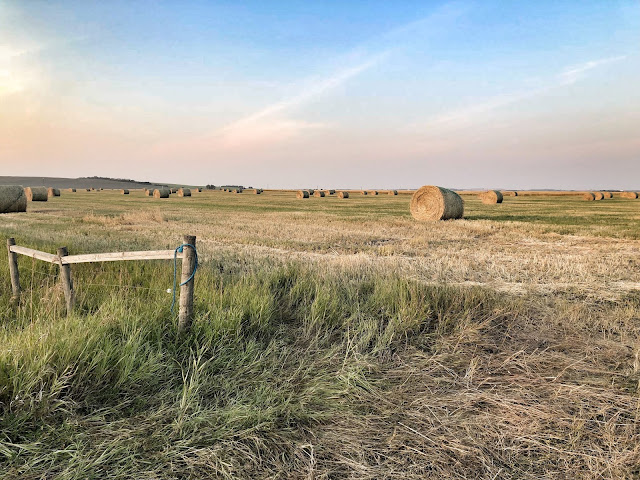 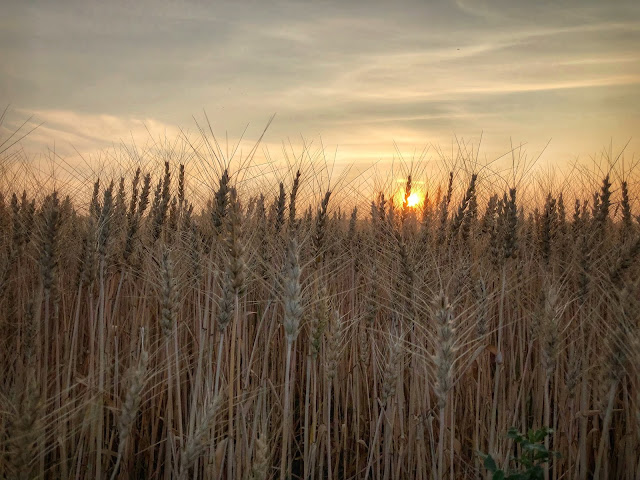 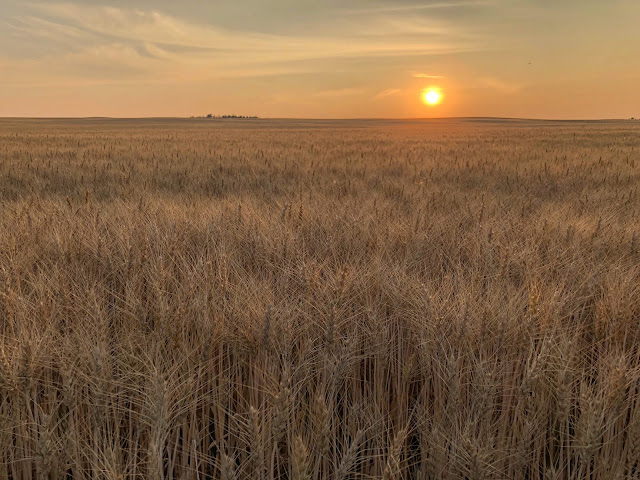 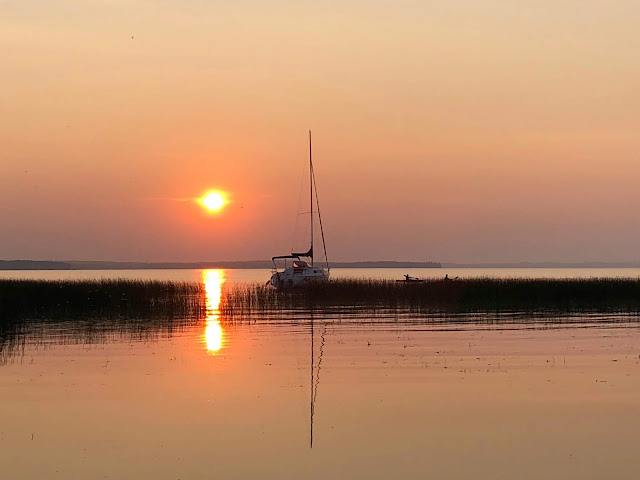 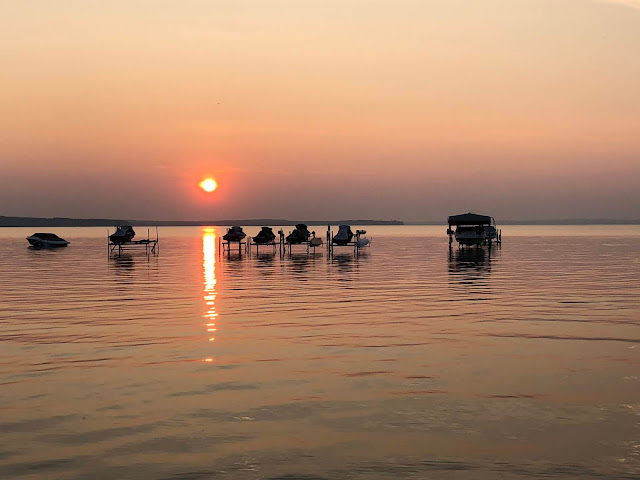 I mentioned the forest fire smoke, it is blowing in from the west, where the Province of British Columbia is battling hundreds of forest fires. The sad statistic is that many of these are caused by humans.

I am catching up with all my favourite blogs and will see you all soon!
Posted by Jenn at 10:35 AM 25 comments: 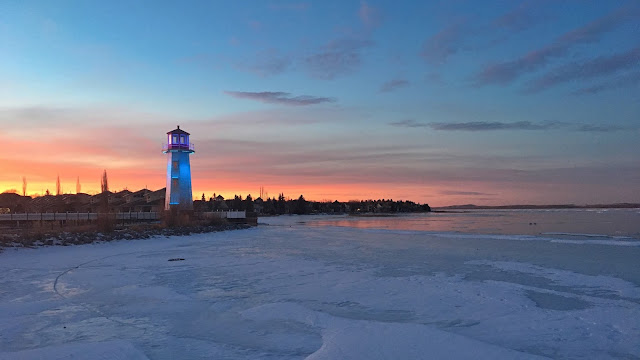 I got accepted to be part of a small photography exhibition at our local library called 'Scenes of Sylvan'. Sylvan being Sylvan Lake, Alberta. The town I now call home.

I am by no means a professional photographer....I'm not unprofessional, maybe an amateur or hobby photographer at best. But I enjoy it and I think that's what matters.

Most of my photos seem to be of the lake, as it is always different and beautiful. I have put together a few of my favourite images. Some of these may be on display. The only thing I do differently is I transfer my photos onto wood. You can see them here or on Instagram @ingrained_images.

In no particular order, some scenes in and around Sylvan Lake. 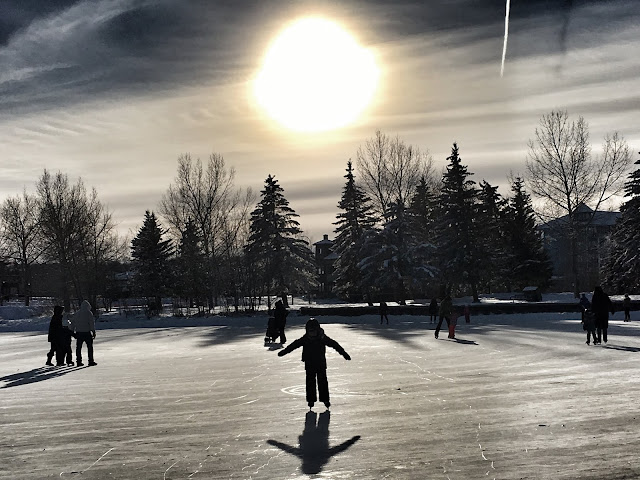 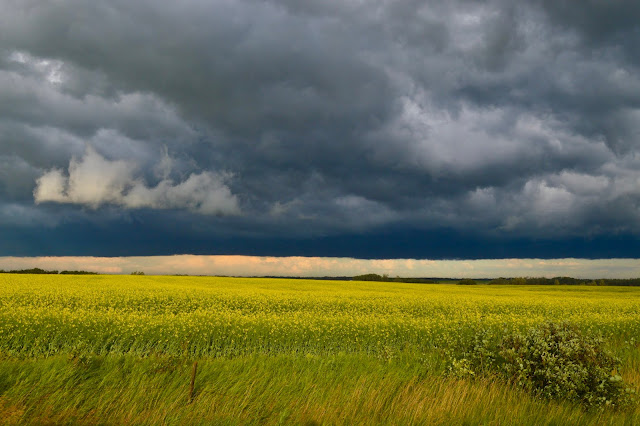 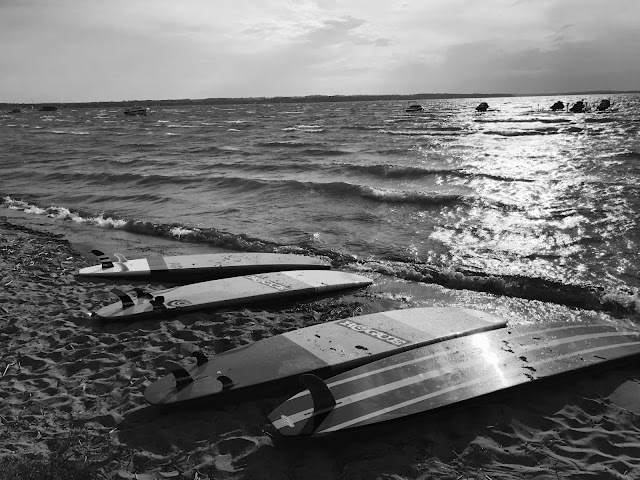 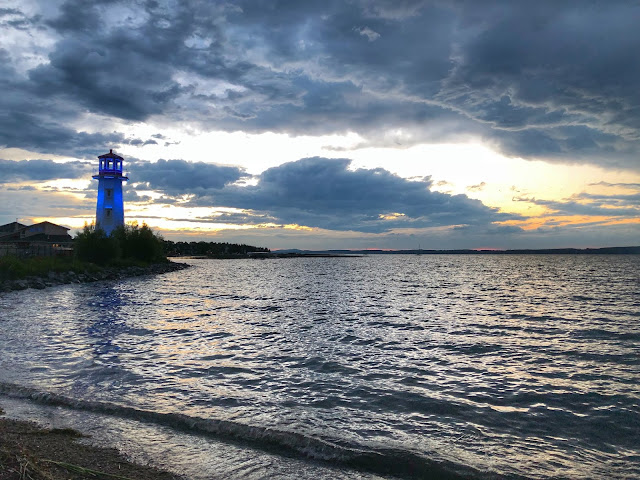 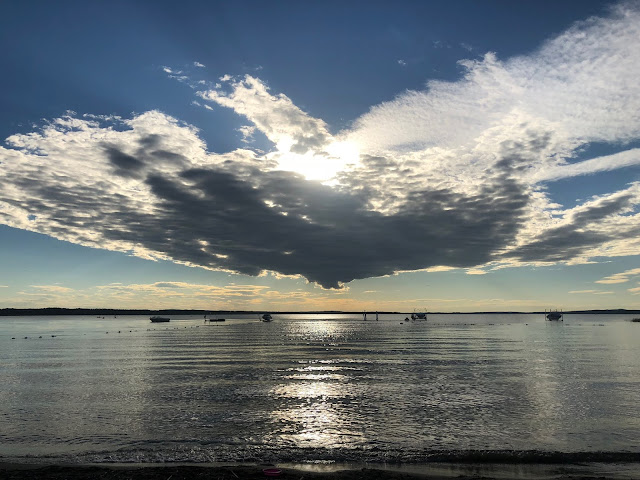 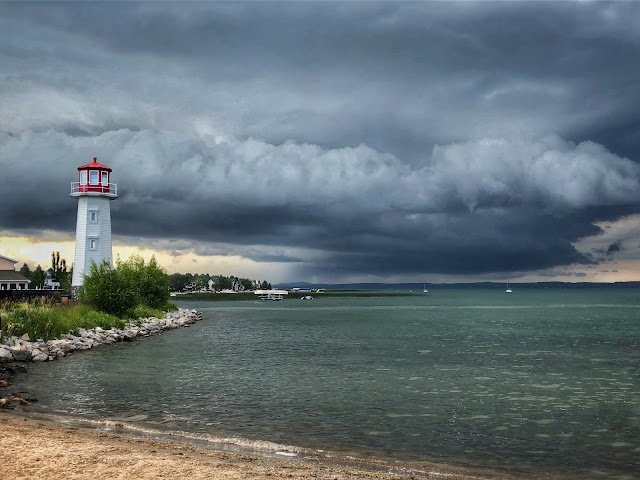 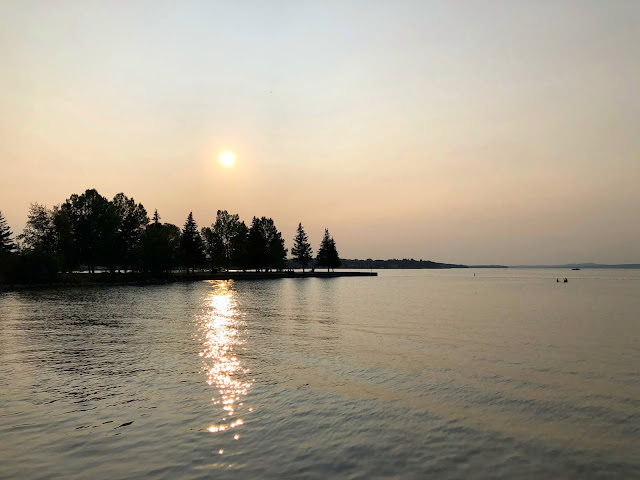 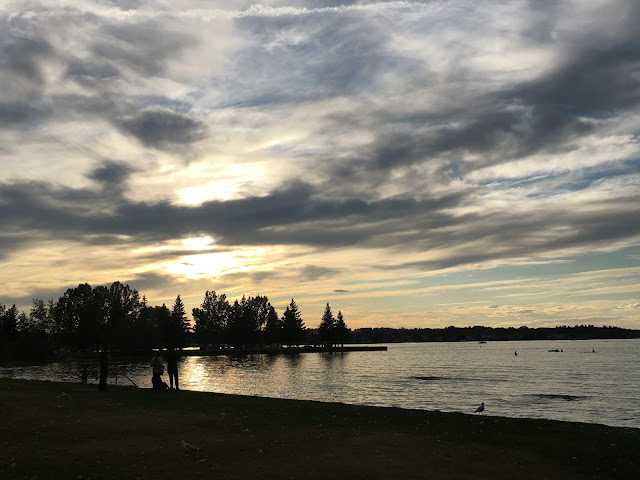 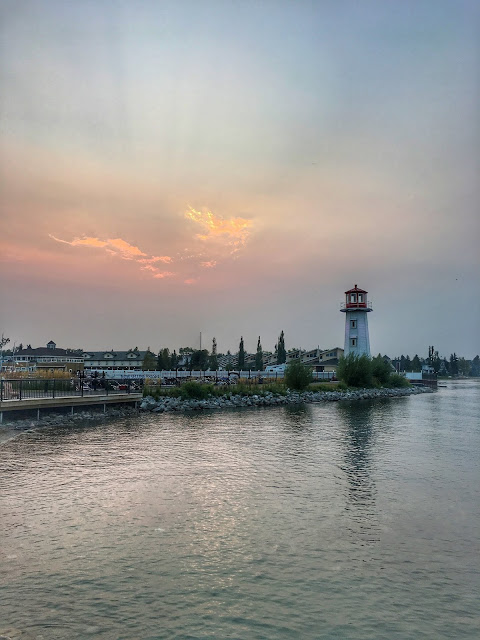 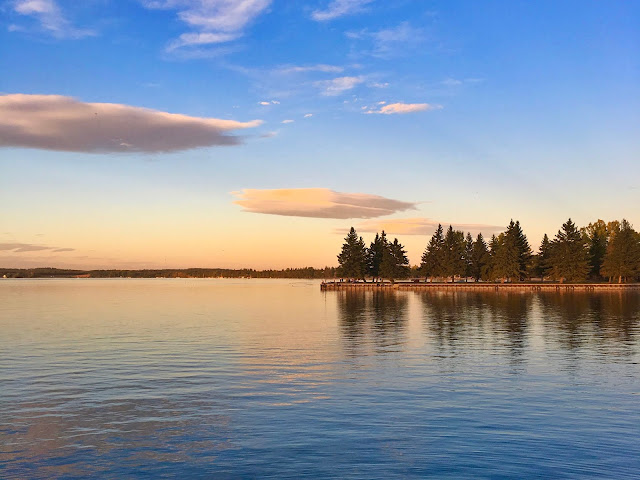 If you find yourself in Sylvan Lake on August 18-19th, please stop by the photography show and from there it's only a couple blocks to the real lake! 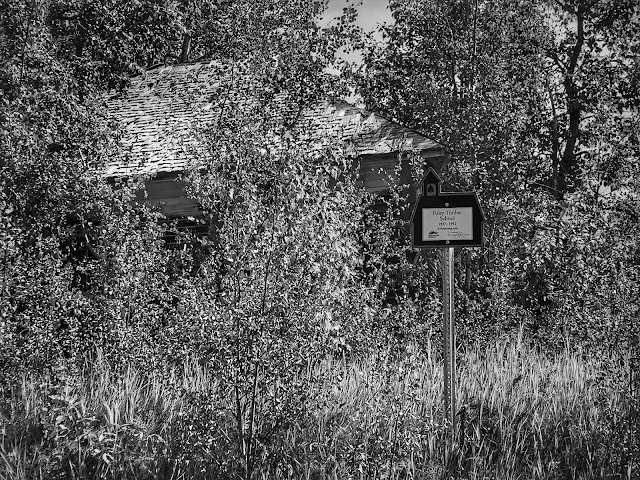 Tucked away in a corner of my mind, and also in a hard copy file folder full of notes on old schools, was a mention of one called Follie Timber. I have seen it spelled Follie and Foley so I am not sure which is correct (even the local history book uses both). I passed Follie Timber Road recently and a flash of recognition burst forth from the depths of the vast (sometimes useless) ocean of knowledge in my head.

I couldn't not take that road and I eventually came to the site of the former Foley Timber School (as the marker on site confirmed). What I didn't know or expect to see was 2 old schools on the site. The marker in front of the one had the dates 1937-1952. The other school is a mystery. I couldn't find any  information on it.

Foley Timber School District was formed in 1936 and children were were taught at a local farm until the school was built in 1937. It was a bit of a late start for a school but some of the bachelors in the district opposed the school as it would mean higher taxes. A gentlemen named Guy King lead the opposition to the school, but a vote was taken while he was away and when he returned, talk had already turned to building the school. He was a good sport about it and helped prepare the logs. He ended up marrying the first school teacher so it all worked out just fine. After the school closed in 1952, it was still used for wedding dances, showers and other social functions.

I found an undated photo via internet search that does show both buildings.

Foley Timber school is now almost totally hidden in the trees. I didn't attempt to get any closer. The other unknown school was wide open and easily accessible. I don't condone trespassing, especially if it is private property, a house, or marked 'No Trespassing'. These places are still owned by someone even if they are abandoned. I did, however, take a couple photos from the doorway. 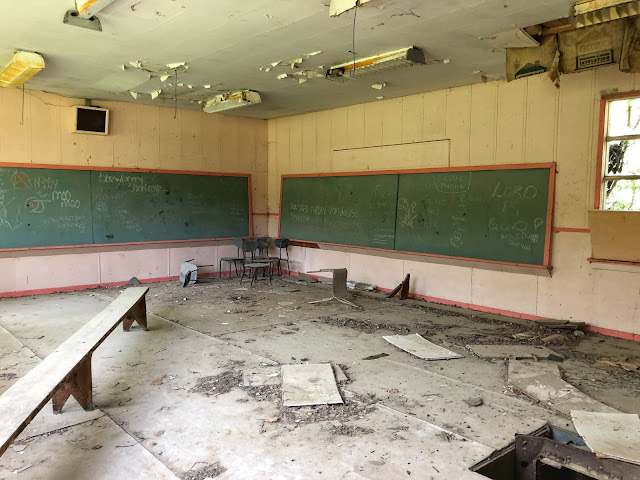 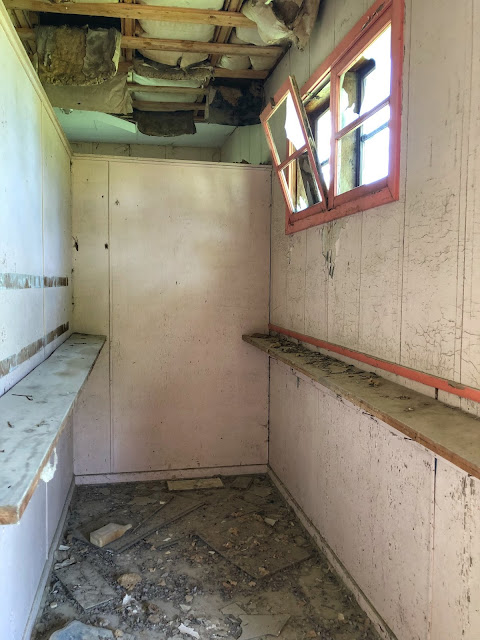 Thank you to the Galloway Station Museum for providing me with information from a local history book that called Then and Now: A History of Niton and Foley Timber. 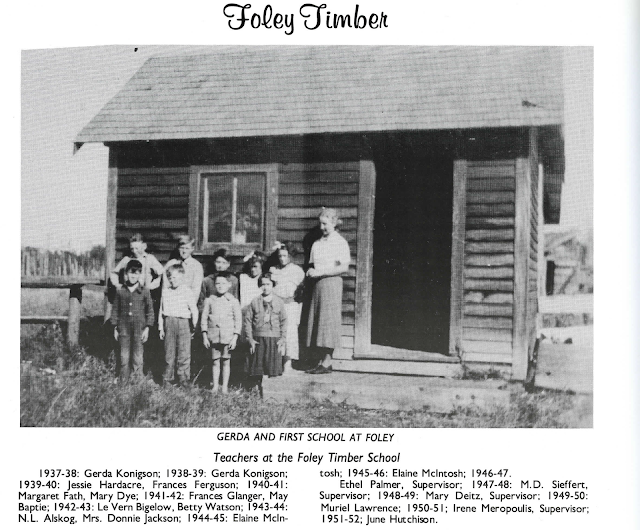