Today I stopped by St. Luke's Anglican Church, a picturesque Gothic Revival style church in the heart of downtown Red Deer, Alberta. Built in stages between 1898-1906, of locally quarried sandstone, it is the oldest active church building in Red Deer. The foundation was laid in 1898, the first section was completed in 1899, the second section in 1900, and from 1905-1906 a choir vestry and the battlemented tower were added to complete the construction. The church became a Municipal Historic Resource in 2009 and a Provincial Historic Resource in 2012.

I have stopped to photograph this church before and I see it so I often that I forget to appreciate it. This year the church started a Poppy Project that saw 9000 handmade crocheted poppies draped from the church tower. It is a beautiful and touching tribute to the souls who gave the ultimate sacrifice for our freedoms. 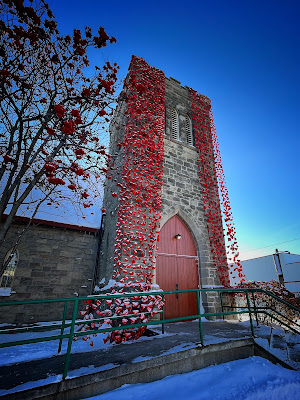 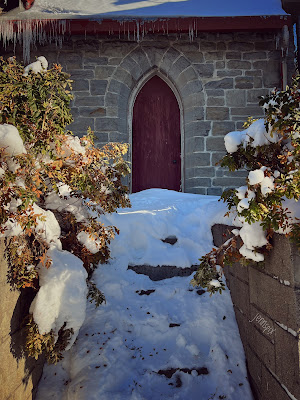 Something about a midway that seems timeless and magical, especially getting a phone call from your kid that goes something like, "Mom, I puked at the midway!". All was good and he continued to enjoy the rides for several more hours. Oh to be young again.

Anyway, I hope you have enjoyed your summer as much as a 12 year old at the midway.

Here is me trying out some short long exposures. Is that an oxymoron? 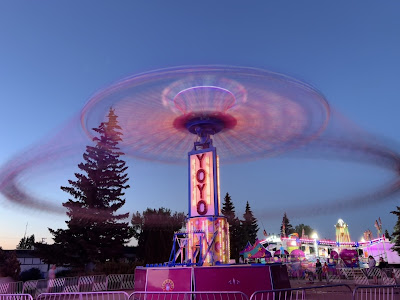 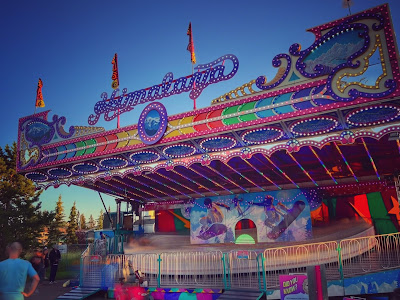 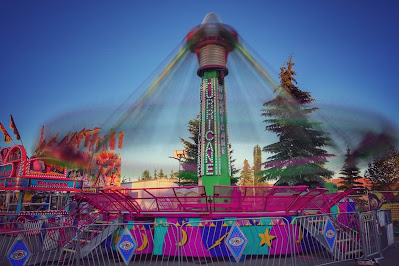 I Want to Live in a Grocery Store

Hello! Long time no blog. Hope everyone is well.

Have you ever wanted to live in an old grocery store, school, or church? I love the thought of fixing up and living in an old historic building. I have seen several old schools and churches being used as private dwellings but I think this is my first grocery store.

On a recent trip to LA, not that LA...I'm talking about the famous (or is it infamous?) City of Lethbridge, Alberta, I was able to see a building I hadn't seen before. This city has it's fair share of history and I always enjoy my visits.

Today we visit the Berte Grocery Building. This building is located in the Village of Stafford, which was annexed into the City of Lethbridge in 1913. Stafford was a small ethnic community of mainly mine workers, located near the Galt Coal Mine #3.

John Berte set up his store at this location in 1918. John and his family lived upstairs and operated the store until 1942. A fun fact is that in 1934 John had a telephone installed, making it one of 2 in North Lethbridge at the time.

Here is a full timeline of the store from the Alberta Register of Historic Places:

I stopped here just before sunset and because of who I am as person, didn't take too many photos because I know someone lives there and didn't want to make it weird. This means I did not take photos of the sides of the building that have what's left of some ghost signs. Sorry.
My friends over at BigDoer did a great piece on Berte Grocery, read it HERE.
Resources: Alberta Register of Historic Places
Posted by Jenn at 11:12 AM 9 comments: