Leavin' on a Steam Train & the Big Valley Roundhouse


I have been through these parts of Alberta several times. They are some of my favourite areas to explore. This time we took the train! The Alberta Prairie Railway Steam Train from Stettler to Big Valley to be exact. What a great trip! The gentle swaying motion of the cars, the sounds of the train as it clickety-clacks down the line at 18mph...I am pretty sure I traveled this way in another life. I loved it. If you ever have the opportunity to ride in an old passenger train...DO IT. It was a great way to spend the day with my family. The views from the train are ones you won't see by car, the entertainment is great and you might even get robbed by bandits.

Our 10 car train was lead by Locomotive #41. She was built by Baldwin Locomotive Works in Philadelphia in 1920 and served on the Mississippian Railroad from 1947-67. Central Western Railway brought her to Canada in 1989 and Alberta Prairie bought her in 1990. She was repainted to match the style used by the Canadian National Railway from 1920-60. In 1986 she was converted from coal to oil and currently consumes reclaimed oil. She uses 100 gallons of water for every mile traveled, or 10 gallons every 4 minutes. Wow!! It's quite literally a moving piece of history.


The trip from Stettler to Big Valley was about 1.5 hours. We then had 2 hours in Big Valley, after eating and looking in some shops, we spent the majority of the time at the roundhouse ruins. Climbing, looking, and exploring the concrete remains of this once great train hub.

The History:
Canadian Northern Railway (CNoR) chose Big Valley to be one of it's divisional points, this shaped the future for Big Valley. In 1912 a second-class station was built as well as a 5 stall roundhouse, coal dock, turntable, storage sheds, water tank and more. 5 more stalls were added by 1918. The railway coming to Big Valley brought full time employment and made it a busy railway town. Sadly, the railway boom was not to last for Big Valley.

Canadian National acquired the former Grand Trunk Pacific Railway in 1923 and some facilities became redundant. Personnel from Big Valley were transferred to Mirror, AB (a former divisional point for the GTP). The Big Valley line became a branch line and traffic dropped dramatically, this was devastating for the town and the population declined quickly. The roundhouse was closed by 1948 and the station closed in 1967. The line was pulled up, except for the section that we traveled on of course.

Today the town has a population of 364, and has several great attractions. I will show you a few here but mostly I took photos of the Roundhouse site.

Now on to the roundhouse, get ready, there are a lot of pictures. I really like the roundhouse site. Also, it would be a neat place to take a drone. 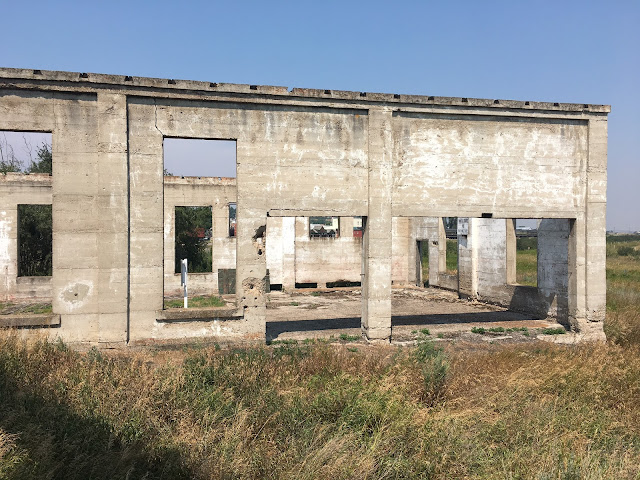 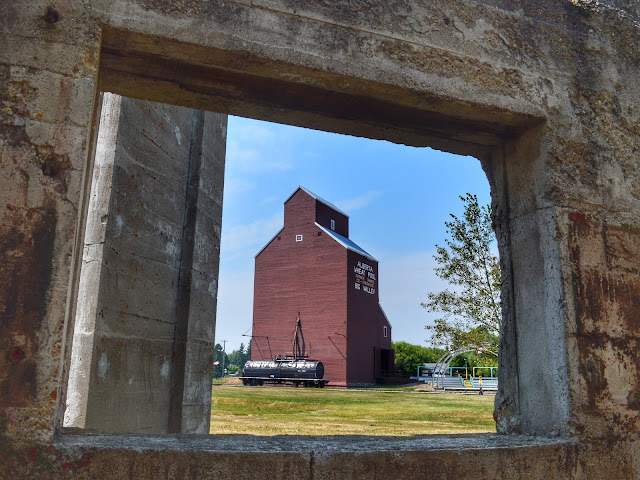 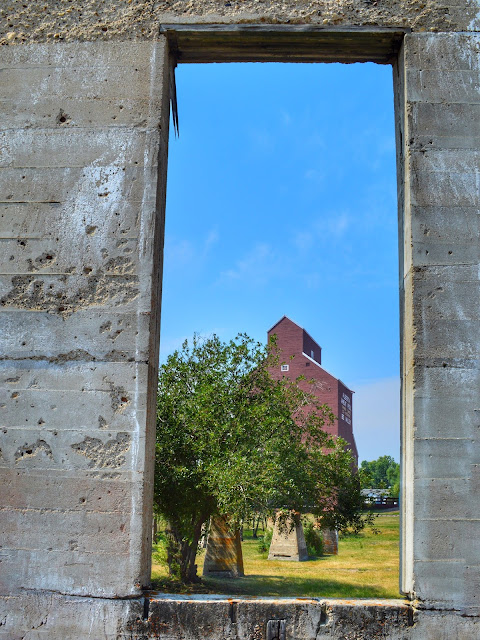 I will be back in Big Valley soon to spend more time exploring the roundhouse. There are things I missed since we had a limited amount of time there.

References: History of the area from the Alberta Prairie Railway promotional material
Posted by Jenn at 6:51 PM