The Leaning Church of Bresaylor, SK 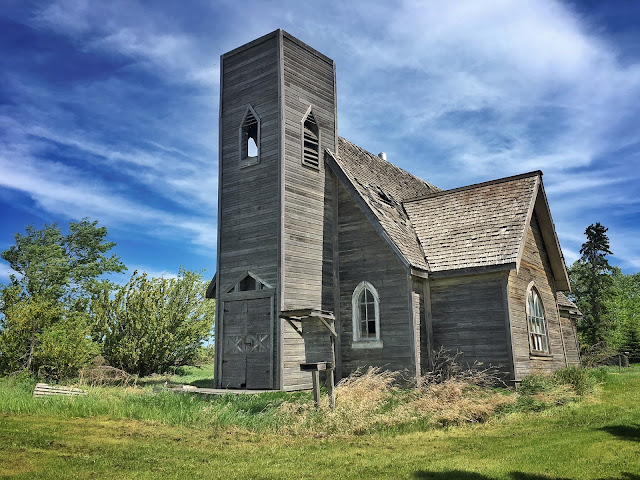 Bresaylor, Saskatchewan. What can I say about this place that will accurately portray my short time there? I am not a writer, in fact I have always disliked writing. I like to think of myself as a recreational photographer who has to say something about the photos I take. I am fully aware that my writing could be better and I look up synonyms a lot to avoid using the same words over and over. I really hope the pictures tell the story when I cannot.


A friend suggested I stop and see a church in Bresaylor.  I noticed that it was not far from Paynton, so I added it to my stops. I thought Bresaylor was a town but it's what's left of a hamlet and is now a heritage museum. If you look at the historic photo above, you can see it was a small village with 2 grain elevators across the road and the church in the top right, where it still sits. There is still a grain elevator across the highway, it's privately owned and repainted to read 'Blais Farms'. I read it is the old Federal Elevator as pictured above. It also appears to have been moved a bit west and turned a quarter turn judging by the buildings I recognize in the photo and where I was standing when I took the photo.

There was not a person in sight in Bresaylor but a sign that pointed to a house that said Museum Office and Gift Shop. The door was not open so I looked it up online and called a number that came up...I didn't come all this way to not see the church and I didn't want to go traipsing through someones property. A did get someone on the phone and asked if I could just take photos of the church and be on my way. She offered to come let us into the museum but warned they hadn't been cleaned or made ready for visitors. I didn't want to bother her and make her come from wherever she was but she insisted it was no trouble and to give her 10 minutes. While waiting for her we walked to the church, through a maze of fences and openings, and took some photos. I was instantly infatuated with this old, tilted, quirky looking church. 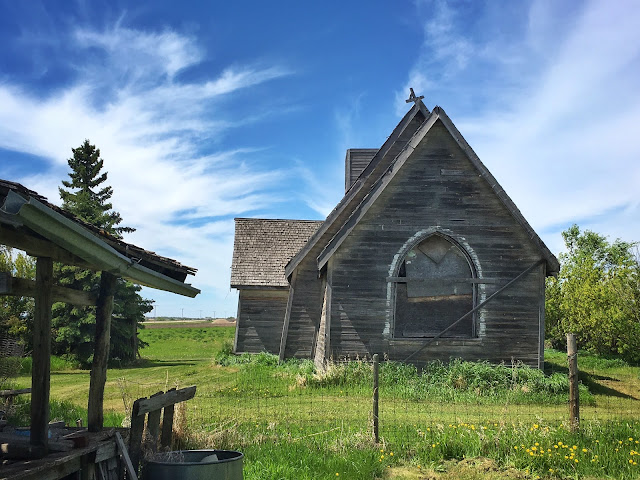 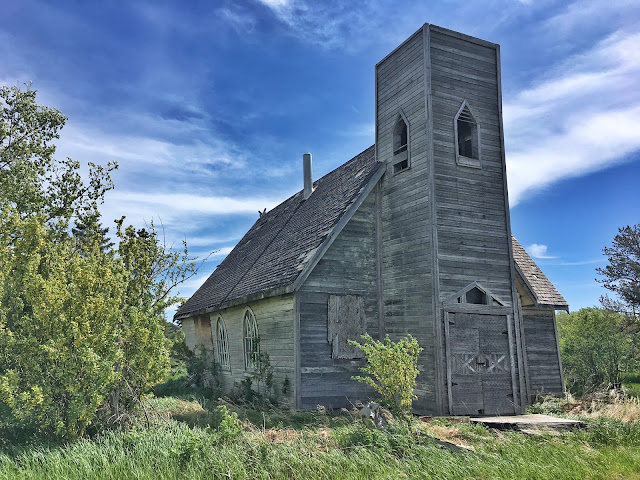 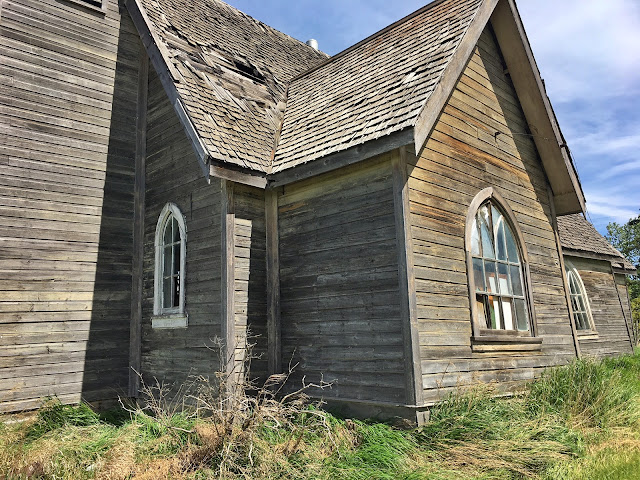 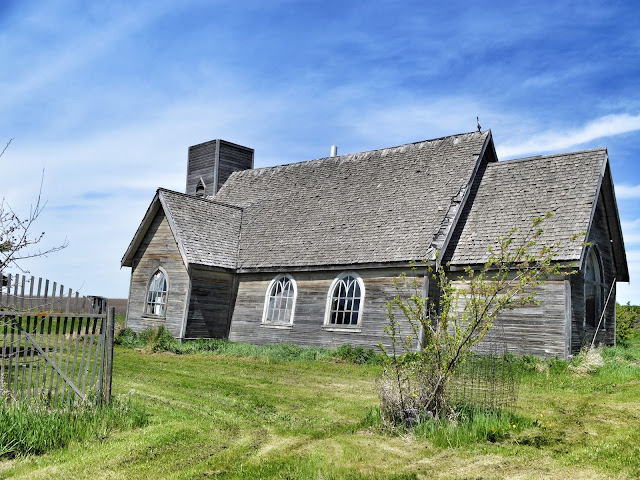 I assumed the lady I spoke to lived close but she came out of one of the houses in 'town'. I mistakenly thought that no one lived there. Oops. I had just met Velma, the museum curator, resident, groundskeeper and owner of the church. Velma was originally from the area but it was when she had returned to visit relatives that she found out the church was not being used, this drew her back to the area. She bought the church and actually lived in for a time. The church, Ste. Anne's Anglican, was built in 1906, coinciding with the arrival of the railroad, although services had been held in various homes and schools since 1882. The last service was held in 1966 for Joseph Sayers Sr. Velma has had the church foundation repaired but as you can see it has a lean to it due to being it being partially lifted and plopped back down during a tornado! The cost is too much to restore it completely.

The name Bresaylor is a mix of the 3 founding family names, the Bremners, the Sayers, and the Taylors. These Métis families had come here from Manitoba together in 1882. The museum contains artifacts from these early settlers as well as from the Barr Colonists who settled the area a bit later, around 1903. There is a ton of interesting history here! 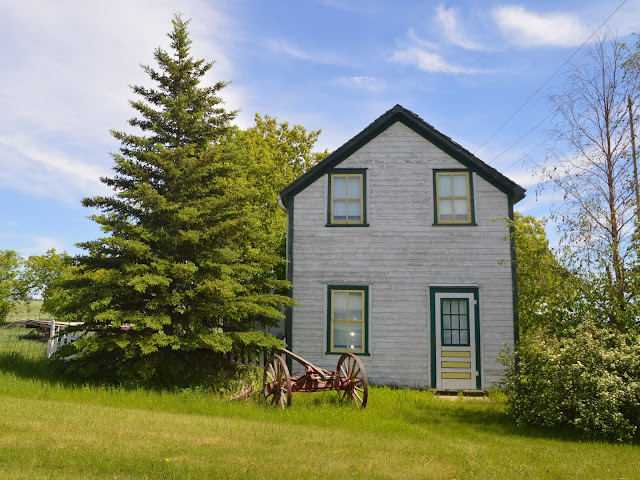 The Main museum house is known as the Alex Lennie house and was added to the Register of Canada's Historic Places in 2009. It was built in 1907. You can see this house (and possibly the office) in the historic photo, it is also still in it's original place. More on this house can be found here. Velma let us in through the back of the house. Inside the back entry the floor felt a bit soft under the old linoleum, I am guessing people normally enter through the front door. The museum as well as the office in the other house, were full of photos, old tools, kitchen implements, gadgets, the old post office window, and old Apple Mac computer (like I had in the late 80's at school), cobwebs, memories and history. These kinds of places are the types of places you need to see more than once because chances are you've missed something. I can't believe I didn't take photos inside! I guess I was busy listening to Velma. You can tell how much she cares about this place and it made me wonder what will become of it in the future? 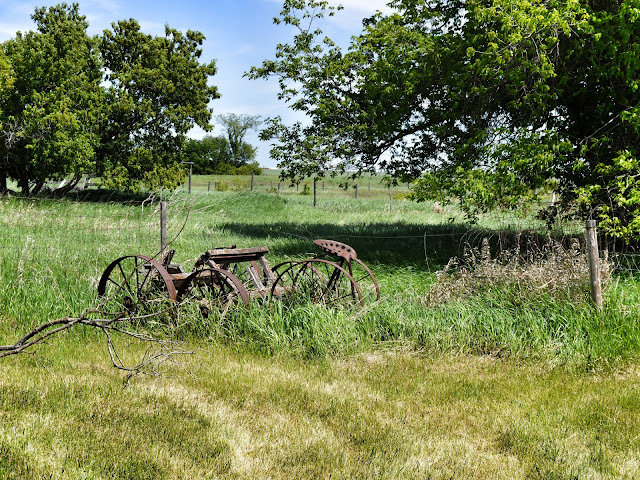 I gave Velma my address (mail not email) so I can receive the Bresaylor newsletter. I'd like to visit again and keep up with the activities. Thanks for reading!