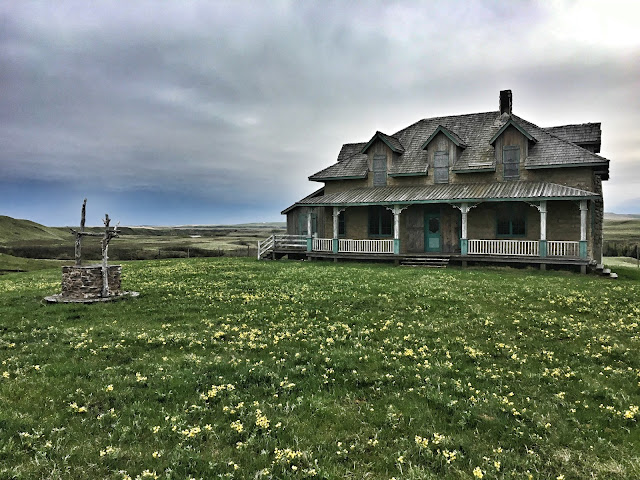 I intended to post Part 3 (of this 3 part series) closer to the first 2 but other adventures happened and more photos got taken and truth be told, I am not very organized. So there you have it.

If you've been reading my blog, you may recall my trip to a western movie set in Southern Alberta earlier in May with the BigDoer team. You can view the previous posts here if you'd like:
Part 1: Outlaw Camp
Part 2: Western Town

The Ranch set was were I took the most photos. The sun was setting while we were there which made for a totally different set of photos from when we first arrived. I got to play around a bit with my camera and try some different settings.

There was a main house, a couple other smaller houses/shacks, a barn and a shed that inside looked like a blacksmith shop. The main house appeared to be a beautiful grand stone building. Upon closer inspection it was a hard foam like material made to look like stone. Well done set designers, well done. Just for fun above is a photo of the house in the movie 'Monte Walsh' starring Tom Selleck. Of course, there have been many movies, TV shows, commercials and music videos filmed here but this is the only still I could find showing the house. I don't even mind Tom Selleck blocking part of it.

There isn't much I haven't already said in the other parts of this series. The backdrop of the foothills and Rocky Mountains will forever take my breath away no matter how many times I see it (and I grew up in the area!). These buildings look like they belong here and it certainly doesn't feel like a movie set. I wonder what it is like when filming is happening? I imagine a lot of people running around making sure everything is just right. Perhaps a director on a megaphone shouting directions and actors and actresses in costume waiting for their scene. QUIET ON SET! 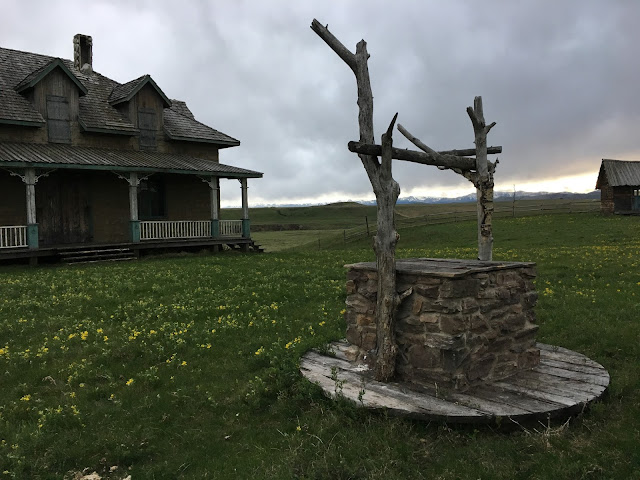 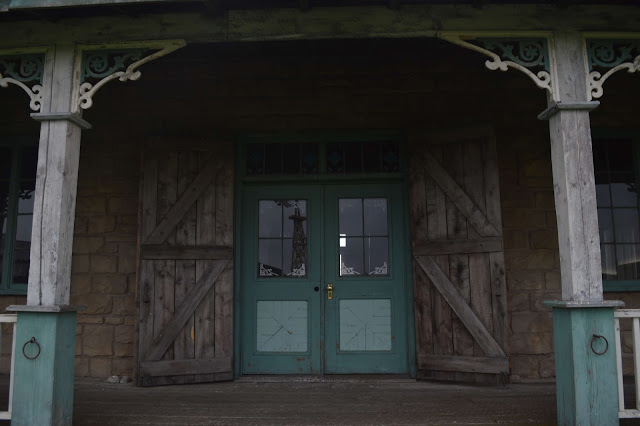 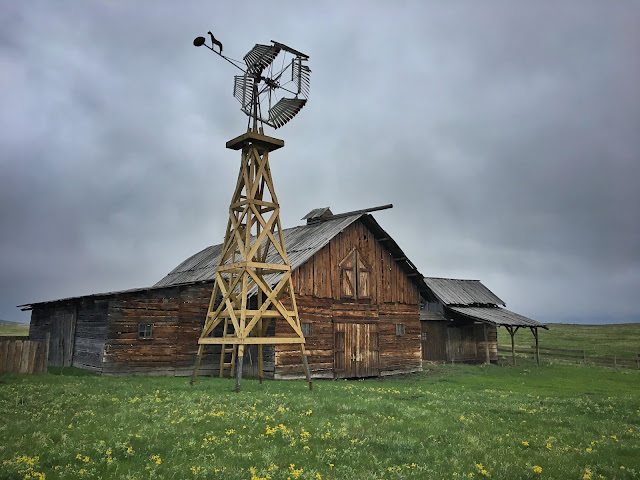 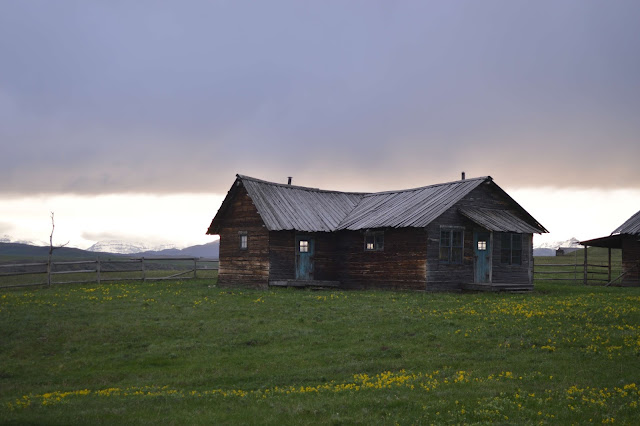 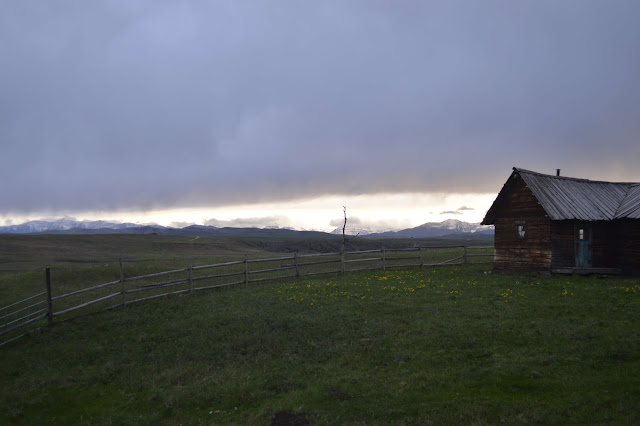 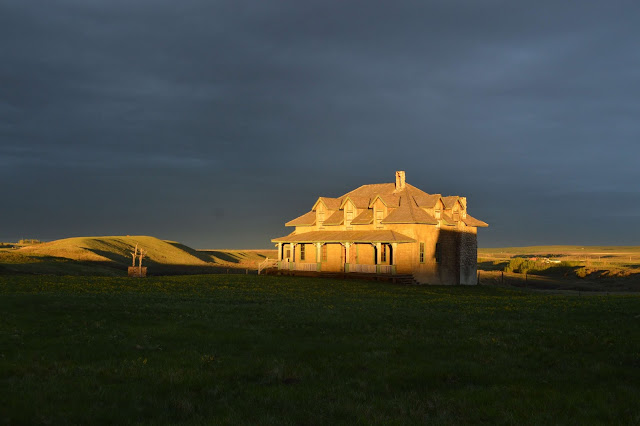 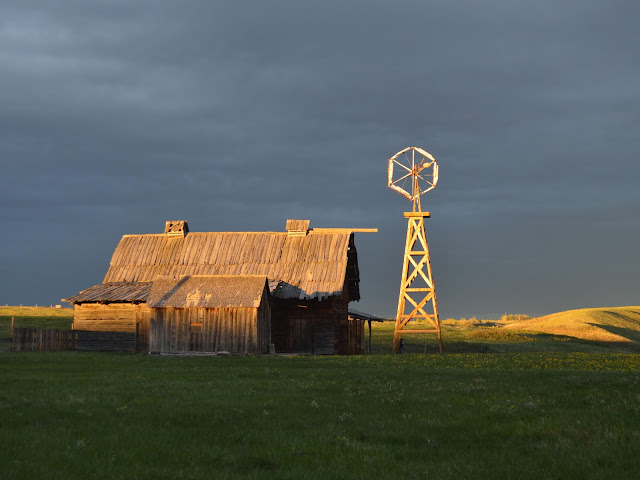 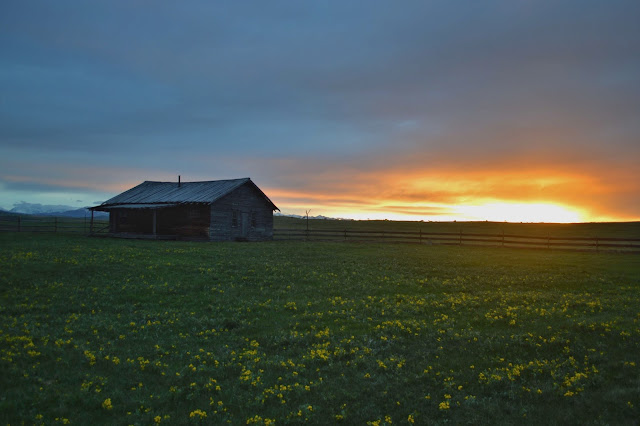 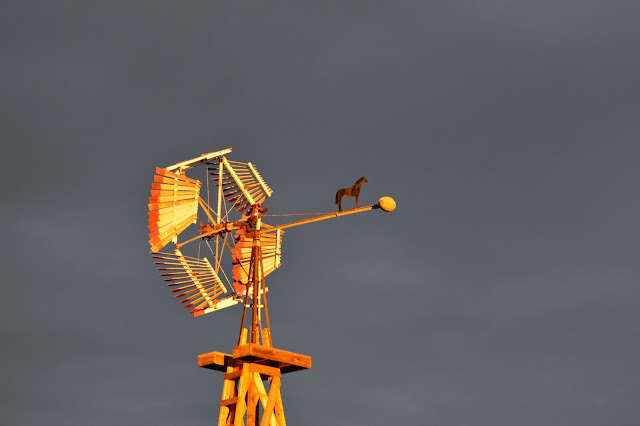 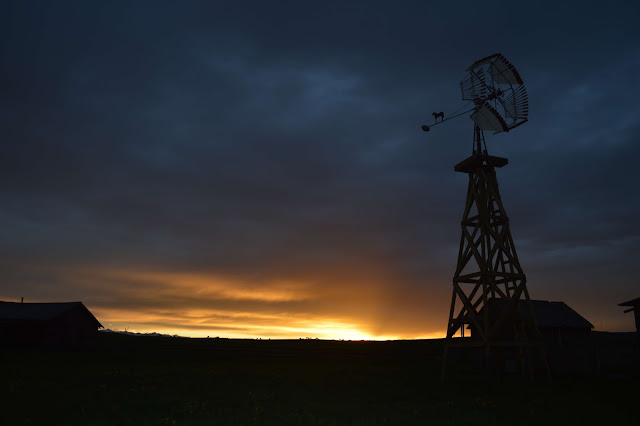 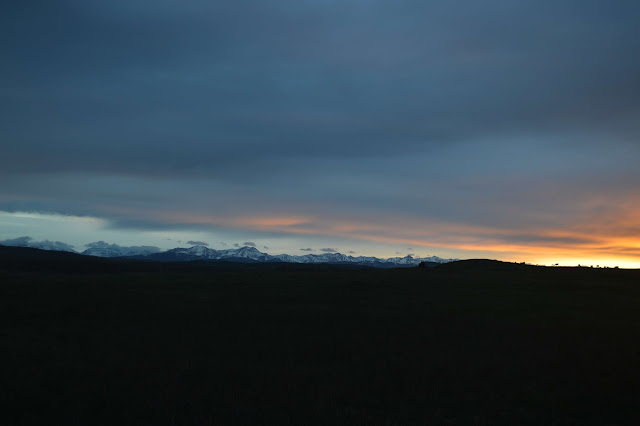 Thanks again to Chris and Connie for allowing me to tag along on this adventure! I had an amazing time and took a ton of photos and enjoyed the company, hope to do it again in the future!