Rutherford - A School, a District and a Premier


I have been trying to post on Mondays but I have had other things on my mind all day and could not get my brain or fingers to formulate the post I had planned. So I am borrowing an idea from my friend BWBandy, you might remember him from such blogs as Everybody Has to be Somewhere. He recently visited Rutherford School and posted about it today. I have also been there (before him, I might add, which doesn't happen often). I visited in the fall so it's neat to see the difference a season makes (another juxtaposition!).

The marker states it's dates from 1902-1949, but other sources say it wasn't open until 1907 and closed in 1952.  It was named Rutherford after the first Premier of Alberta, Alexander Rutherford, who served from 1905-1910. (I hope I never see a Notley School). After the school closed, some of the local families purchased the building and it became a community hall.  It looks like it hasn't been used in a few years, the door is boarded up and the grass is over grown.  A new-ish metal roof suggests it wasn't boarded up until recently, maybe a decade or so? I don't really know. Down the road to the West is the Earlville-Rutherford Cemetery. Many of Rutherford's pioneers and their families are buried here. Earlville was the name of the co-operative creamery that the pioneers founded in 1905 and ran successfully for 7-8 years before it was deemed to far from town and closed down. 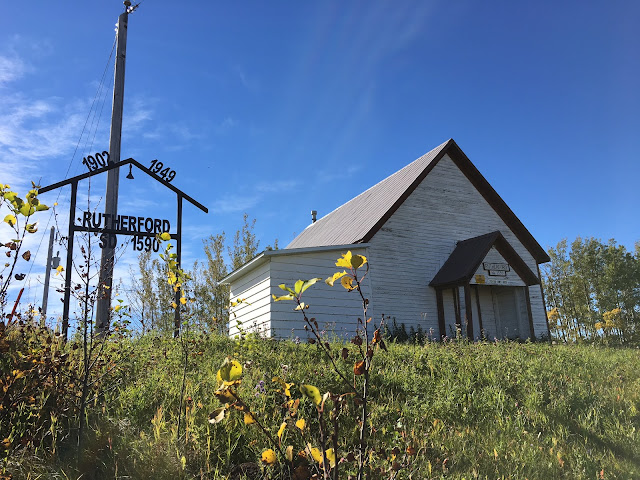 On this same day I drove through a few different districts, each with it's own history, school and pioneer families.  Markers and miscellaneous: 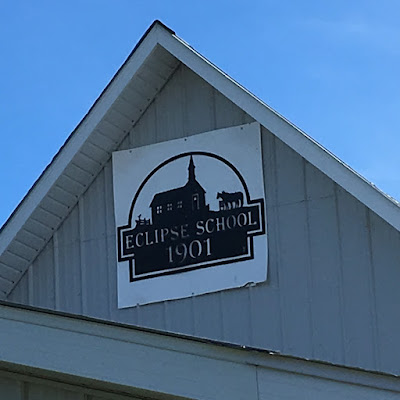 Sources: Our Roots - Ponoka Book; Pioneering With a Piece of Chalk