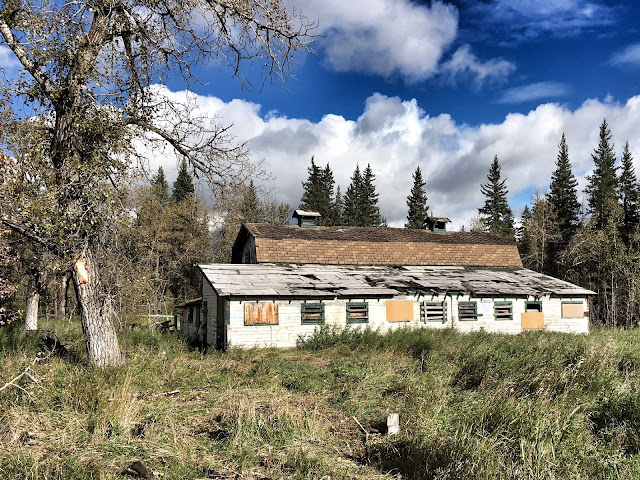 I am a born and raised Calgarian.  I moved an hour and half north 3 years ago but still consider myself a Calgarian on a detour.  I happened to be in Calgary in September, the day before a historic barn in the Fish Creek Park area of South Calgary was to be demolished.  I headed out, camera in hand to document the last day of a significant part of the history of the area.  If you know Calgary though, you know that old and historic don't mean much and are usually replaced or demolished. Members of the community and Norman Willans own grandson fought to have this saved but were turned down again and again by local government and park officials.  Apparently it didn't qualify as 'historically important' enough.  If this isn't then what it? 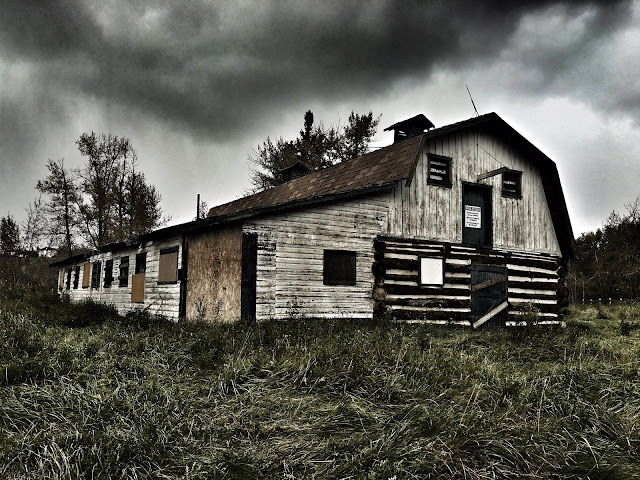 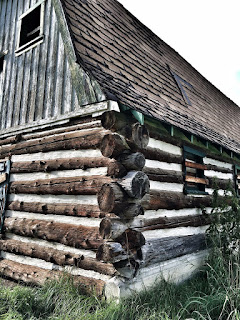 Some backstory on the Willans.  The foothills of Southern Alberta have been associated with cattle ranching since the late 1800's.  The Willans family is part of this history.  Norman Willans was born in England and moved to Canada in 1886.  He took 2 years of Agricultural schooling in Ontario, and moved west, to the Millarville District, to use his skills to make a life for himself. He later married and eventually moved to Calgary in 1901.  He worked as the manager of Pat Burns' Bow Valley Ranch.  Norman and his wife Alice, bought their own land for a mixed farming operation, while still working for Pat Burns.  Around 1910, Norman built this log barn as well as a tiny cabin just to the north. The barn was built of white spruce found along the banks of Fish Creek.  The tiny cabin is still there behind a chain link fence and safe from the wrecking ball, for now.  I saw it but by that time it was pouring rain and I was trying to cover my camera gear. 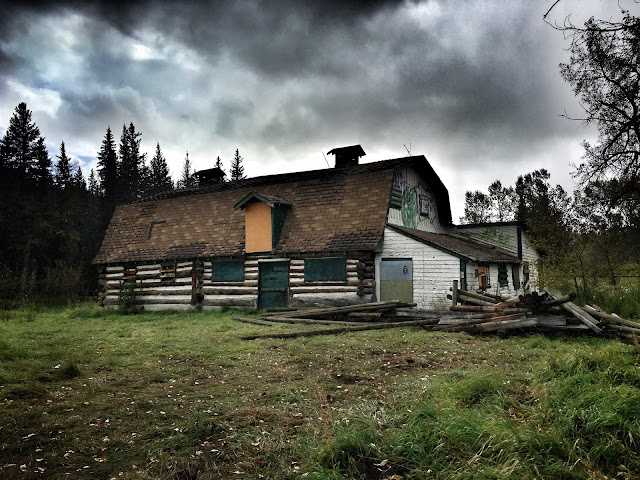 I found my way off the path to get closer to this old beauty.  I chatted with a couple guys walking a dog, they had no idea this was the last day for this place.  I am sure that many have walked by this without even knowing what it is, or was.  As the rain started to come down harder I packed up my stuff quickly and got back to the main path.  I picked the burrs off my sweater and took a last look at this place.  The rain seemed to be reflective of the situation, dreary and forlorn.