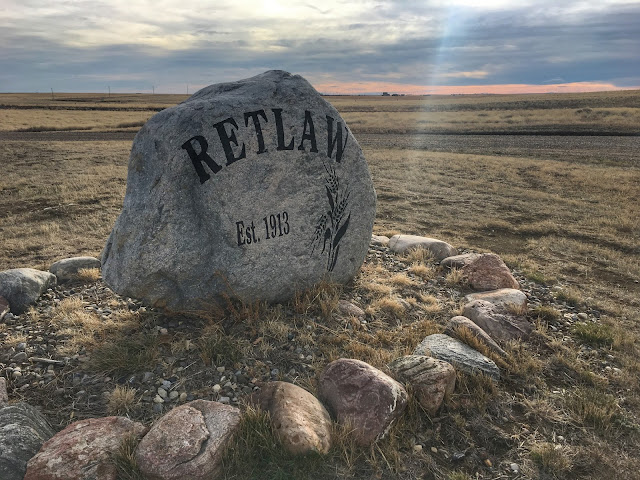 Retlaw (Walter backwards) is named after Walter Baker, a CPR (Canadian Pacific Railway) Official. Retlaw was to be an important stop on the main line between Suffield and Calgary. The train station, along with freight room, section house and a pump house, was completed in 1914 and several trains a day began to roll through.

Retlaw is located in the Southeastern Alberta dry belt. Early cattle ranchers maintained that this area was unfit for farming. The CPR disagreed and set up farms to test the potential of the area for farming. Their results, whether embellished or not, brought settlers flocking to the area to get their piece of paradise. Towns sprung up all over the dry belt. After fires and drought, 1916 produced a bumper crop of wheat, producing the majority of the provinces wheat crop for that year. This encourage the railroad to expand and more people came. The good times were very short lived. Beginning in 1917, a decade of drought took over the land and as quick as they came, the people left.

The canal that was planned for Retlaw, to bring essential irrigation, was diverted and didn't come close enough to provide relief from the devastating conditions. Everyone was effected. The farms suffered. Many businesses began to move or close up shop. By 1928 the train station was closed and the CPR sold all their holdings to the village for $1.

There is so much more history here, my couple of paragraphs doesn't even skim the surface, but it gives you an idea of why there are so many abandoned homesteads and towns in the Dry Belt area of Alberta. A good book to read on this is Empire of Dust: Settling and Abandoning the Prairie Dry Belt.

I spent the good part of a morning in late November 2017 wandering around Retlaw. I saw no other people or vehicles but there is an occupied residence by the town site, I believe that is where the friendly dog came from that walked with me a bit.

Get ready for a lot of photos! As you walk down the road, there are hand painted signs at the locations of former homes and businesses, it gives you an idea of how many people used to be here.


The first buildings on the left hand side of the road where the Alberta Cafe, Campbell & White Meat Market and the National Cafe. 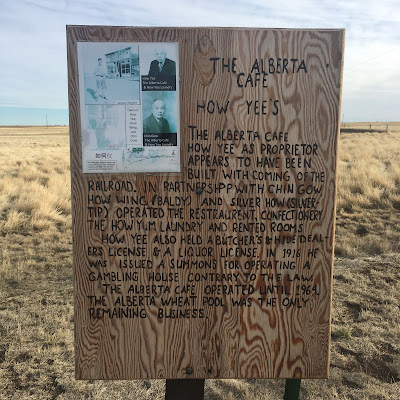 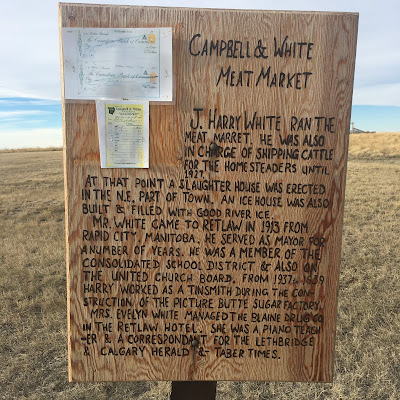 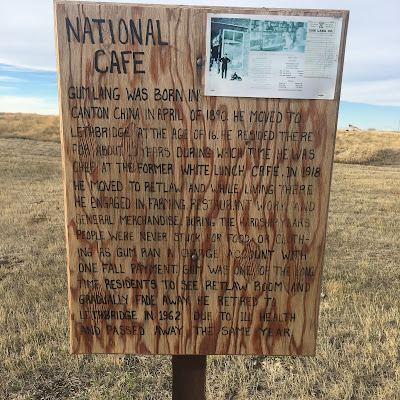 Across the street was the Retlaw Pool Hall which operated from 1917-1924. Beside it the Retlaw Hotel, which opened in 1914, but by the late 1920's had been dismantled and moved away.

In 1913 a Canadian Imperial Bank of Commerce opened but it was too small to meet the demand so a bigger brick bank was built. It was dismantled in the 1940 and moved to Lethbridge.

The only home left in Retlaw. 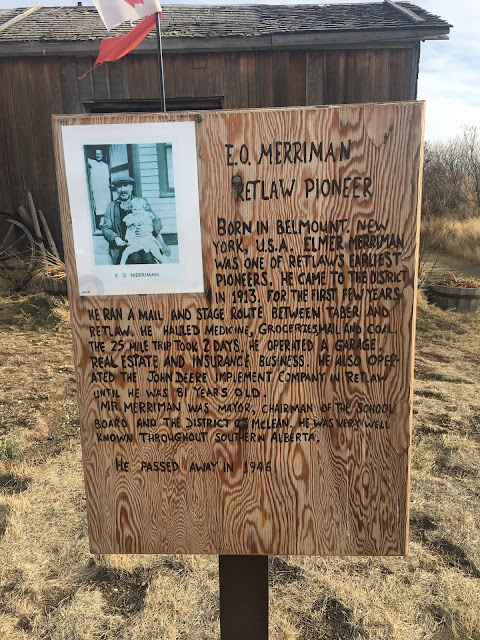 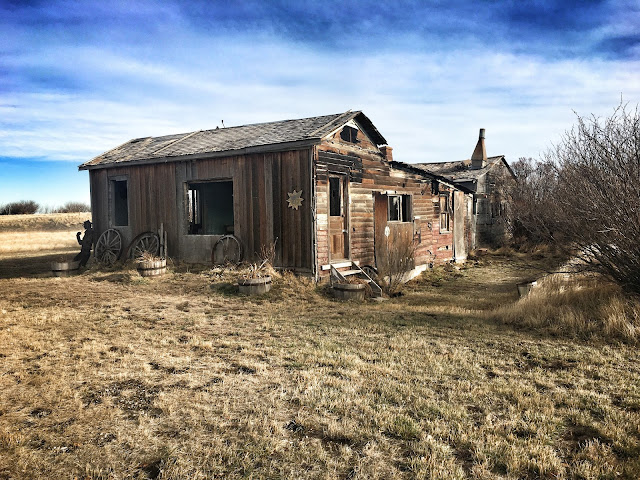 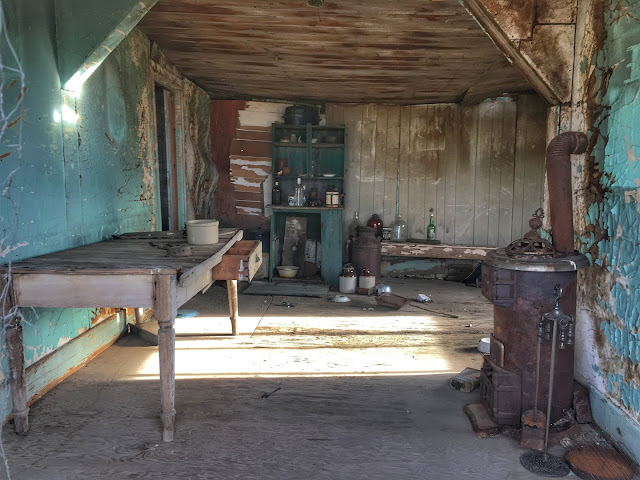 After the house we find the locations of the Post Office, Newton & Cook Grocery and Dry Goods, and the Telephone Office. 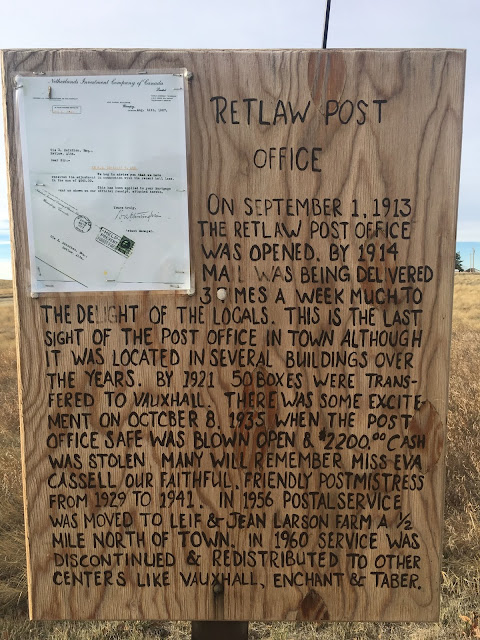 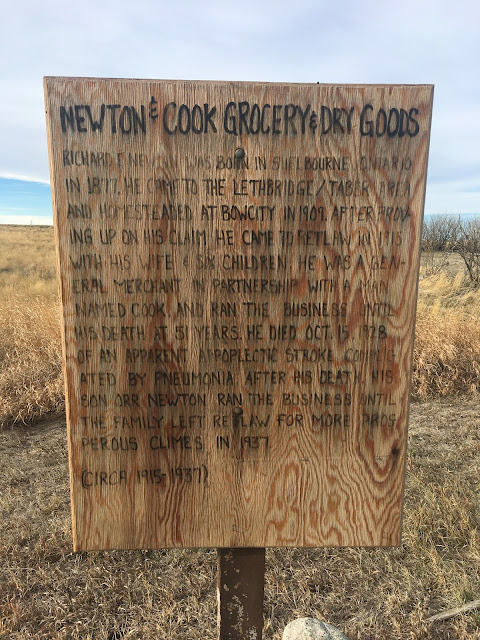 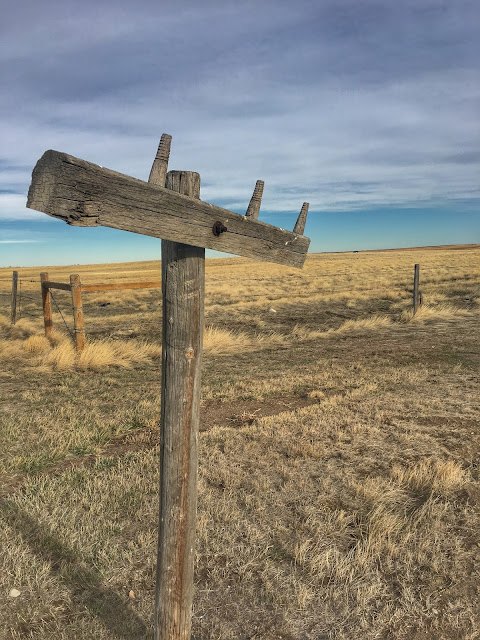 At the end of the street is Retlaw United Church, it has been restored and is a welcome site after so many empty lots. 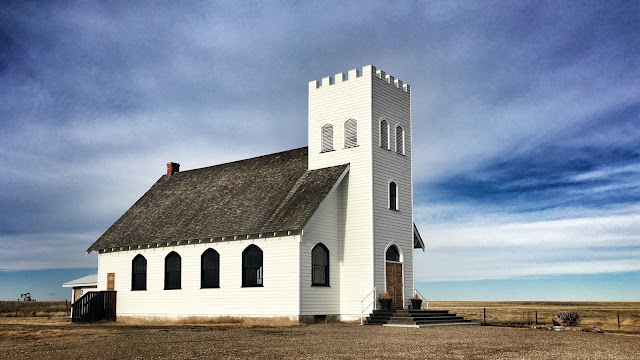 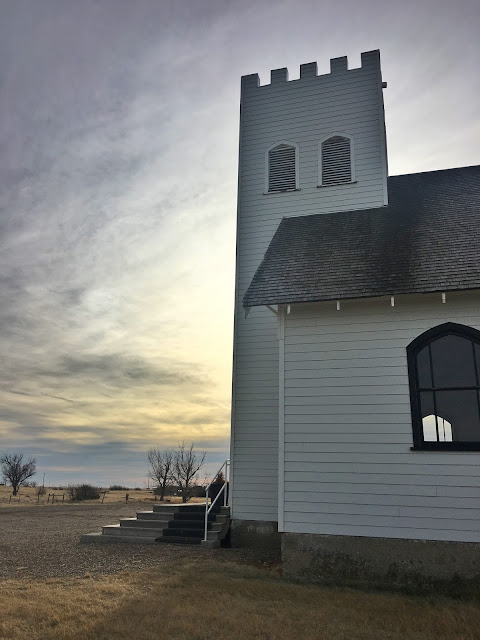 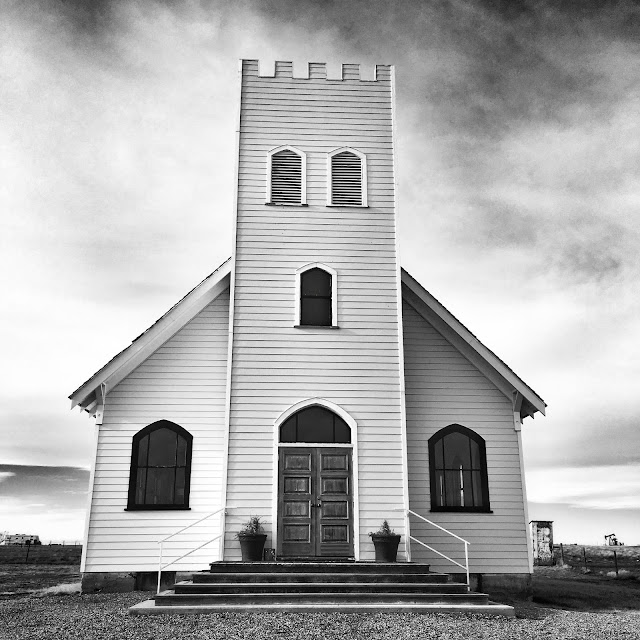 Back at the start of town if you turn west you will see where the train station was located. 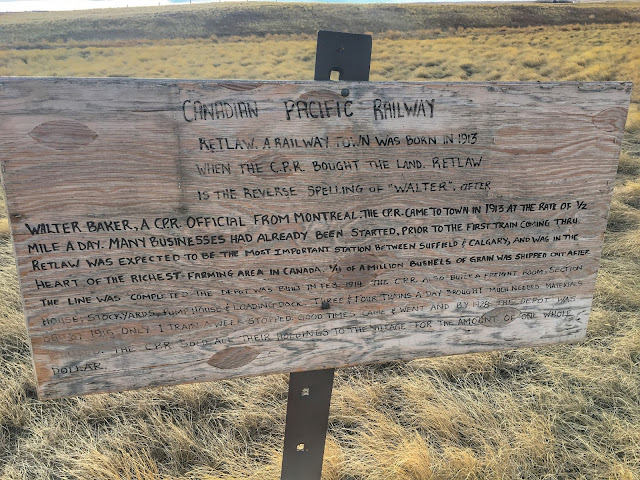 There are a couple of empty foundations to be found in the grass, I came across this one, that looks like it would have faced the rail line and station. 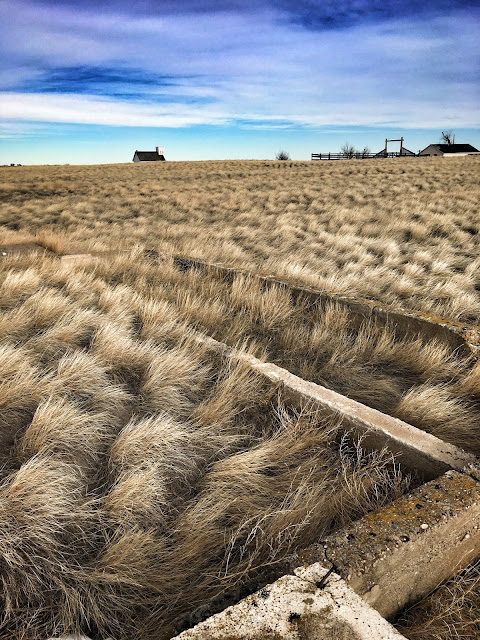 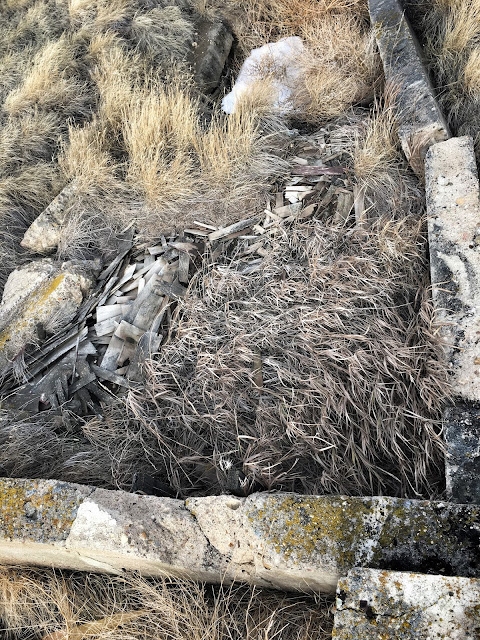 I read each and every sign in town, there was also a wall of information and a cenotaph at the start of town also. I hope the signs get repainted as many are faded and almost illegible in some parts. The church is well cared for and the guest book shows that people visit.

It's a true ghost town and I was happy to wander among the ghosts for a bit.