Last Saturday, I was able to spend most of the daylight hours exploring. That isn't saying much as this time of year there is only about 8 hours of sunlight per day, a few minutes more each day though which is something to be happy about. I am glad I was able to have this full day since we are now in another cold snap and I am not sure when I will have time to explore again.

This school was on my list of things to go see. It is near Duhamel, AB which is NE of where I live about 1.5 hours. The area around this school was originally settled by German immigrants from the NE United States in the late 1890's. In 1902 the New Berlin schoolhouse was complete and would teach Grades 1-8. The community continued to grow and in 1915 an addition to the school and a teacherage were added.

Due to hostility and resentment towards Germany during WWI, the school was renamed in 1918. Verdun was chosen after the Battle of Verdun which happened in 1916. Verdun School continued to hold classes until 1952. It was used also as a community hall and a church. It has now been preserved as an excellent example of a one room prairie schoolhouse. It became an Alberta Designated Historic Building in 2000. 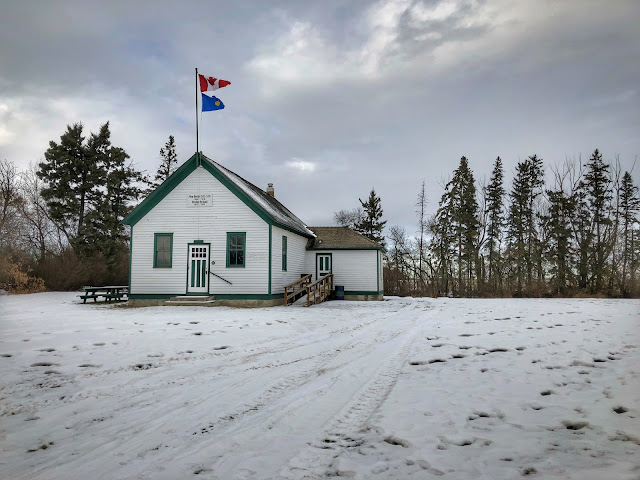 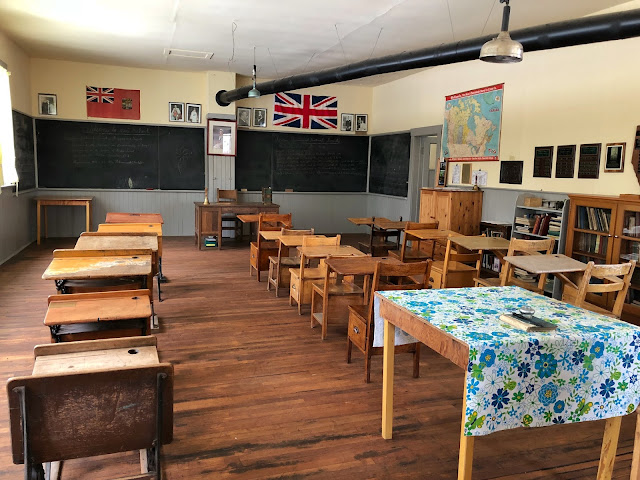 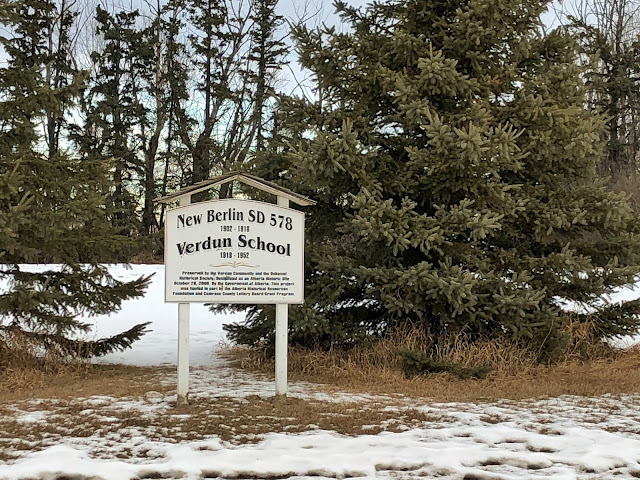 This small area of Alberta is very interesting and I will be blogging more on it later. It has several distinct groups of settlers from German to French to Norwegian as well as various religious backgrounds. The Catholic Church in my last post is a short distance from Verdun School.

References: Pioneering With a Piece of Chalk; HeRMIS; Battle River Country: A Historical Sketch of Duhamel and District.