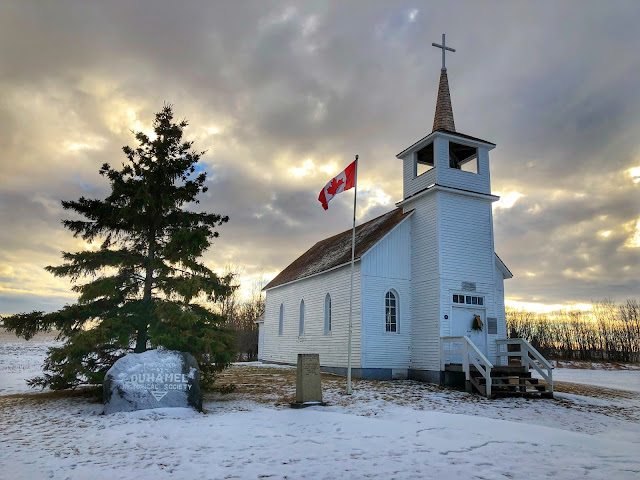 Yesterday was a great day! I had planned an exploring trip to an area NE of me. Friends of mine, who know the area, were able to meet up with us and we had lunch and visited a bunch of places. All these places were new to me. I had a list of things I was looking for and I was able to show them a couple spots new to them as well.

At the recommendation of my friend Tim, we stopped at Catholic Church of St. Thomas near Duhamel, AB. This simple church was constructed in 1883 of logs. The logs were covered in 1915 when clapboard siding became available. At the same time the bell tower and sacristy (I had to look up what this was) were added.

This church is associated with the work of the Missionary Oblates of Mary Immaculate among the Metis communities of Alberta. It remains the only Metis Mission Church on it's original site in Alberta. This church is for the most part unaltered from it's original construction and additions in 1915. It was active until the 1960's and was then converted to a museum. It became a designated Provincial Historic Building in 1980. 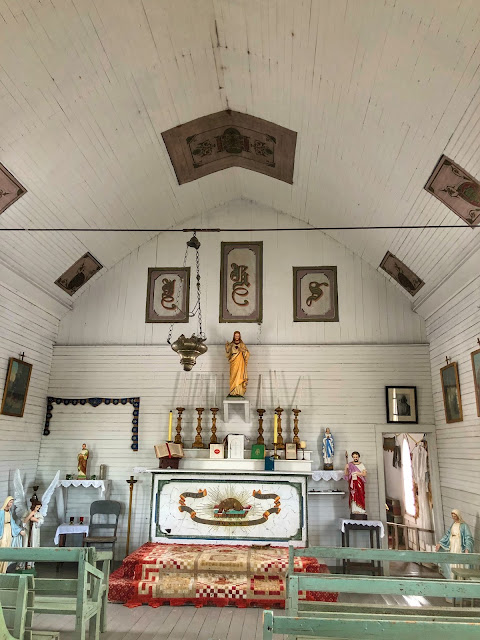 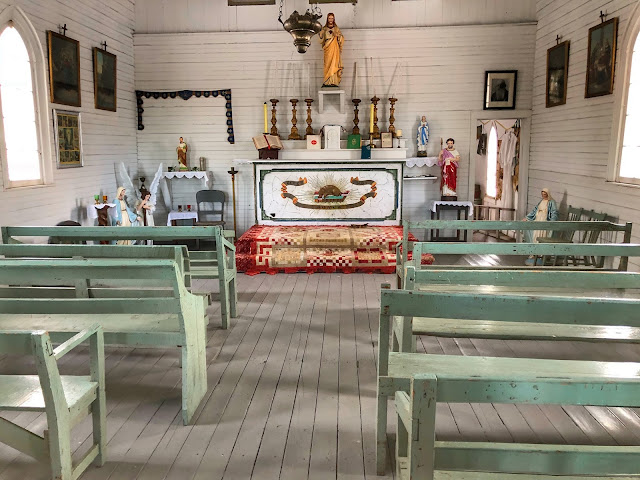 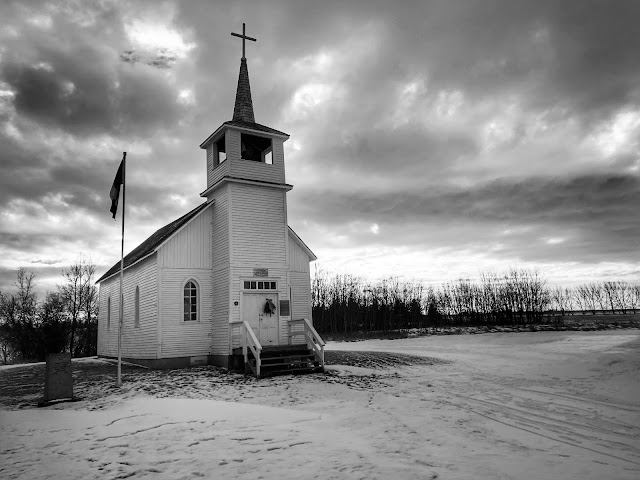 Since I saw several churches yesterday, I will be posting them on Sundays.