A Storm and St. Paul's at Sunset 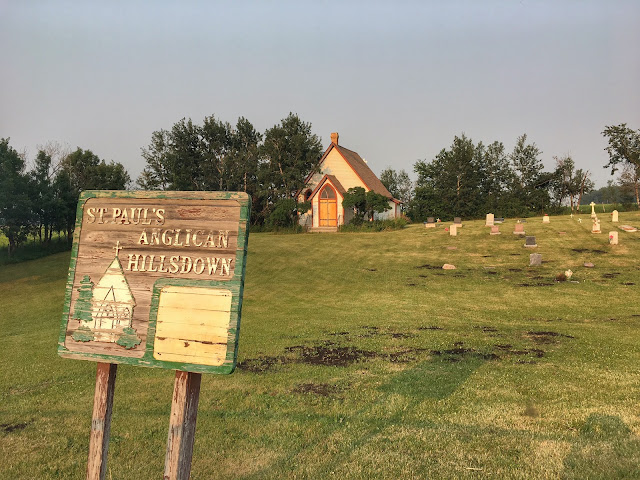 I had intended to head west a bit on Sunday to visit another school and explore a bit. The skies were overcast but I figured I had enough time. As I headed west the skies got darker and darker, the wind picked up and the smoke from the BC wildfires became much more noticeable, leaving everything hazy and with a smoky smell that was coming in through the vents. We are a few hundred kilometers from the wildfires and still have smoky conditions, I feel for those affected and hope everyone is safe and sound.

I decided to head home as the rain was starting. I saw several very close lightening strikes and pulled over briefly to take a photo. I spotted some fortuitously placed old buildings and took my shot quickly as the rainfall started to intensify. By the time I was part way home the rain had turned into hail and visibility was poor. I got home, relocated some flower baskets to the safety of the covered porch. The petunias suffered minor injuries. Nothing to do now but get cozy in the house, perhaps watch a movie. Which is precisely what we did. Also the photo turned out pretty good if I do say so myself. 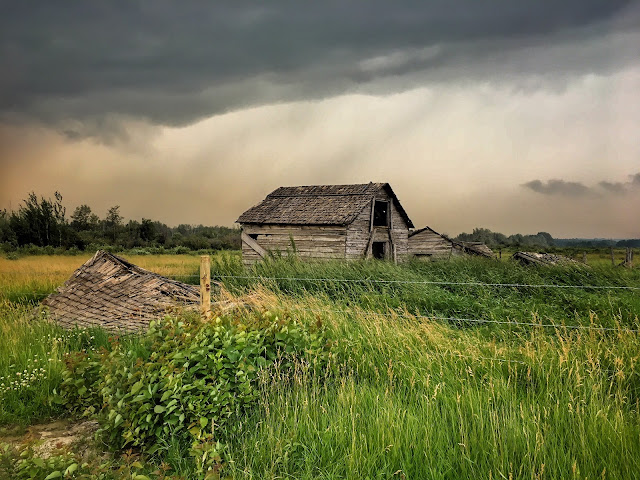 The sun came out again shortly and I thought it might be a good opportunity to head to a church that wasn't too far away and take some photos as the sun was setting. I headed east this time and found the church. No storms on the horizon this time, but still a smoky haze.

A sign on the fence says St. Paul's Anglican Church was consecrated in April 1899.  However a church was not built until 1905, it was made of logs that had to be rafted down the Red Deer River. The first service was held on July 2, 1905 and the church and adjoining yard (for use as a cemetery) were formally consecrated by the Bishop in September of 1905.

On April 17, 1910 a devastating wildfire destroyed the church and many surrounding homes. The alter cloth and a few furnishings were saved. Funds were raised and work began in the fall on a new church with the first service being held on October 1, 1911.  Services are still held on the 3rd Sunday of every month.

Could there be a more perfect little country church? 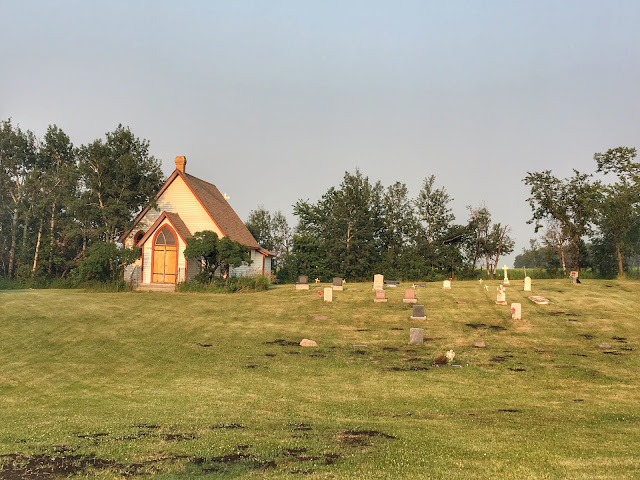 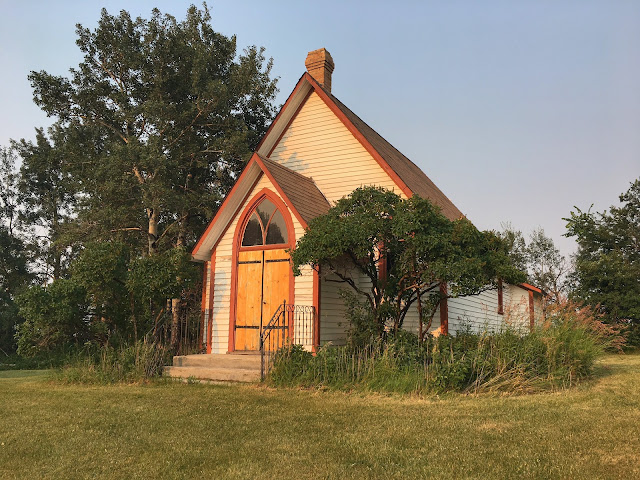 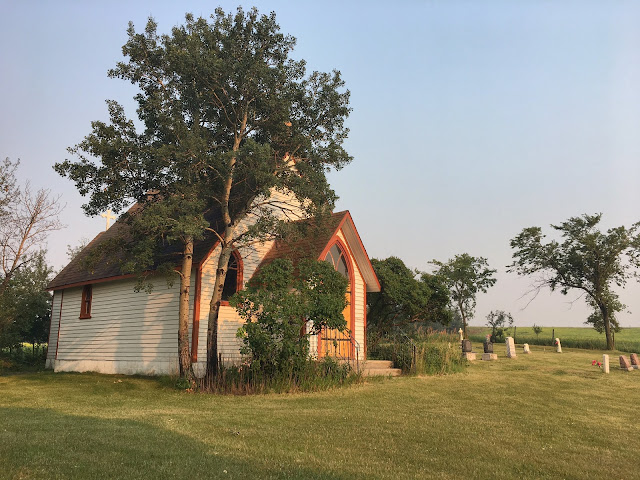 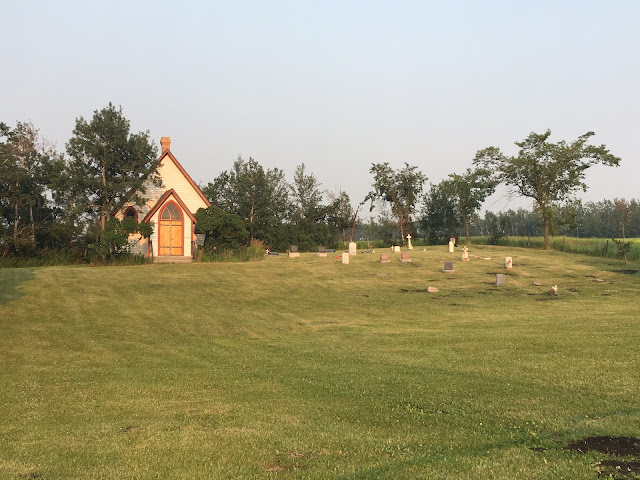 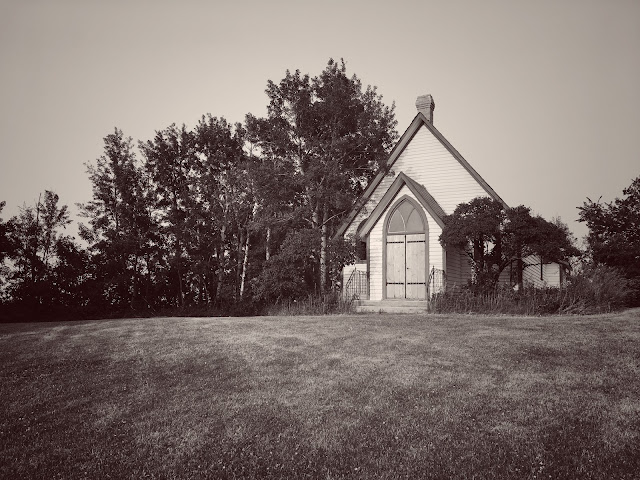 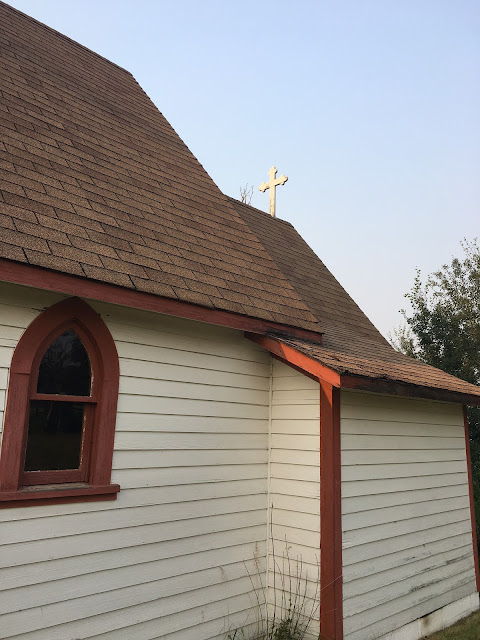