A Brief Moment in Diamond Valley 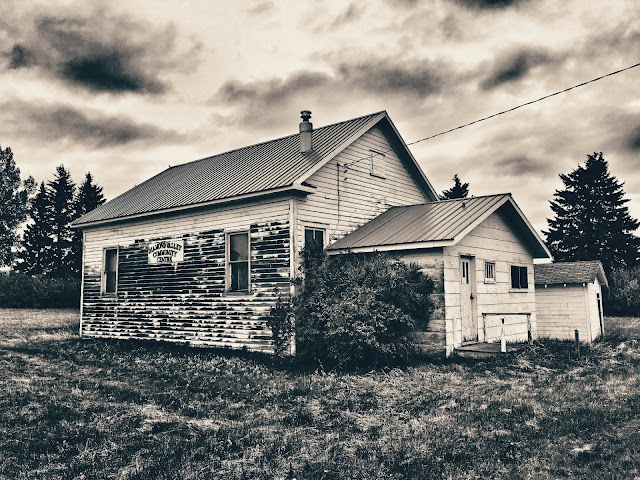 It only takes a moment to pass by Diamond Valley on the highway, blink and you will literally miss it.

The subject Diamond Valley was named after a diamond shaped valley covered with trees, I did not see the valley nor do I know where it is....but it must have been nearby. Maybe I was in it! This area is on a secondary highway and I have passed by it several times. I almost always stop for a picture of the old school, the red metal roof really stands out and you can see it peeking over the tree tops as you drive towards it. The church is across the highway and NE of the church and school (on a gravel road) is the Diamond Valley Cemetery.

The school operated from 1911-1944. It closed for 3 years. Unsure why, but not for lack of enrollment. 47 students had to be relocated. It opened again from 1947-1954. In 1967 it became the Diamond Valley Community Centre. It appears unused today, but the land in front is used for access to some granaries and a farmers field. 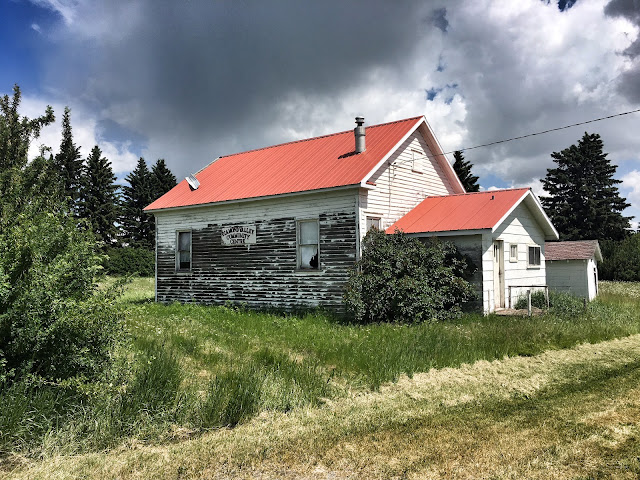 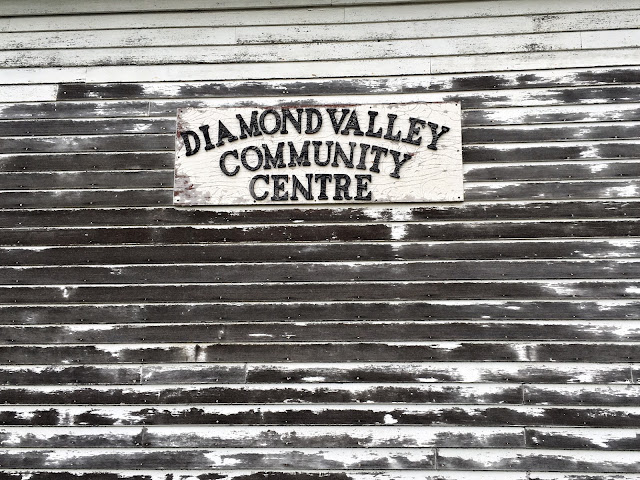 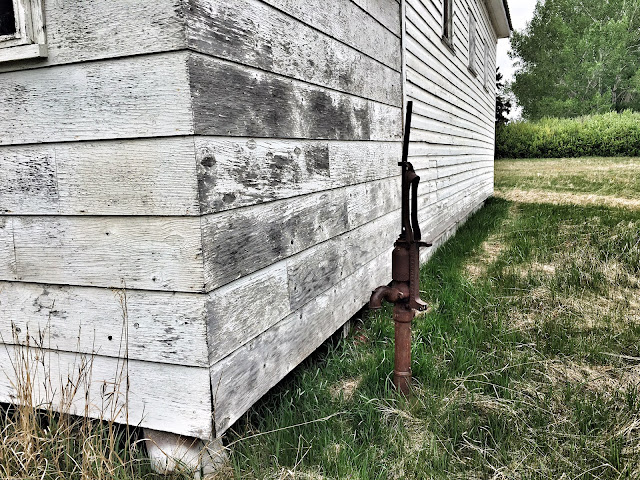 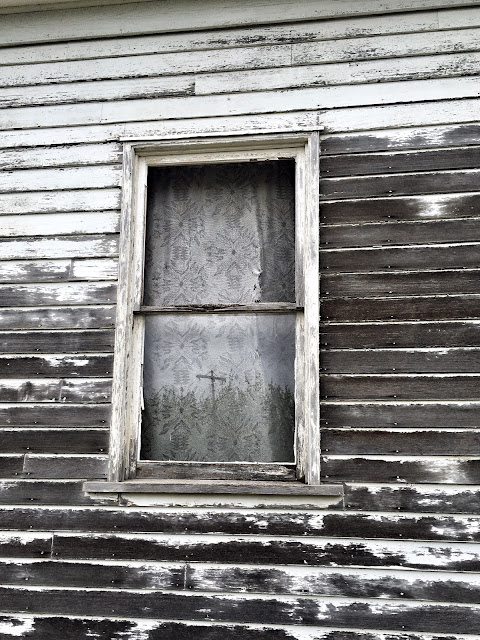 Prior to 1936, the school house and private homes had been used as places of worship from a variety of denominations. After using the schoolhouse for 2 years, it was decided that a log church would be built. The men who worked on the church toiled through the winter, cutting and hauling the logs 10 miles to the church site. Construction began in the Spring and was completed and dedicated in the late Summer of 1936. At that time, it was affiliated with the Apostolic Church of Pentecost. Later on as the congregation grew, the need for more room became apparent, the adjacent building was added for Sunday School rooms. Currently its called the Diamond Valley Full Gospel Church.

When I was by this area in June, the grounds had been freshly mowed. I am not sure if regular services happen here anymore. I like the log construction of this church and glad it is cared for.

If anyone reading this has additional info on the area, I would love to hear it. Thank you! 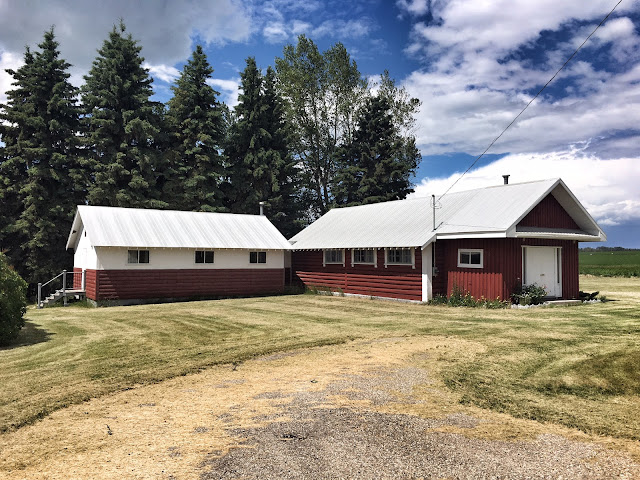 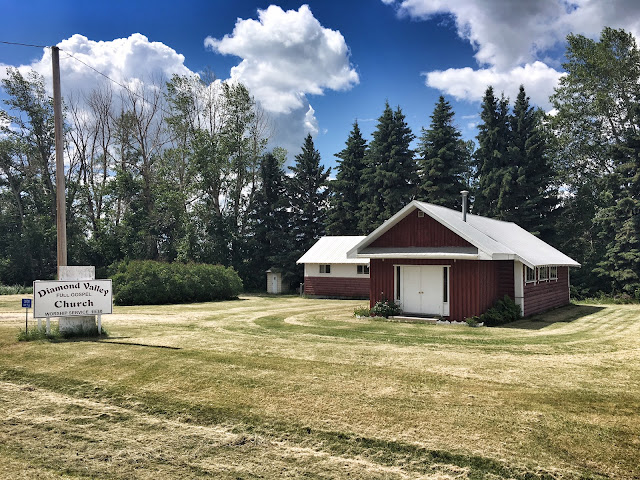 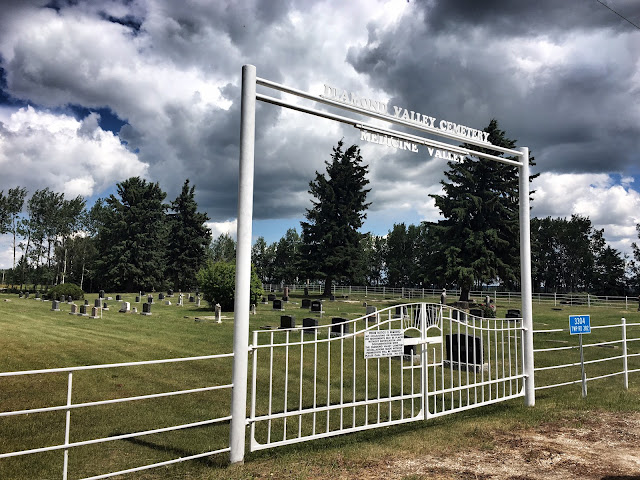 References: Homesteads & Happiness; Pioneering With a Piece of Chalk.