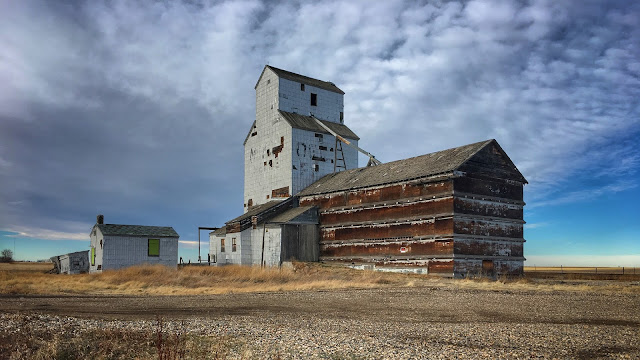 How many times have you seen an old church or other old building and though to yourself, 'it'd be cool to own something like that'. Or is that just me and a few of my friends? I have seen old churches converted to businesses and homes and have seen a few for sale recently. I would totally live in one. Renovated, of course. My family does not get it. I always worry for the future of these old places. If I can't buy all the places...WHO WILL?

What about a grain elevator? How cool would it be to own a grain elevator? They are rapidly disappearing from our prairie landscape and there are only a handful of people who seem to care enough to do something about it. I know a few of these people and recently visited their elevator in the hamlet of Wrentham, AB. Wrentham is located in Southern , less than an hour from the US Border. It is home to a handful of residents, some old buildings, and 2 elevators.

The elevator in question was built in 1925 by the Ogilvie Flour Mills Company. Not familiar with Ogilvie? Neither was I. When Ogilvie sold off their elevators to the bigger grain companies (Alberta Wheat Pool, United Grain Growers, Saskatchewan Pool, or Federal Grain) in the late 1950s, their comparatively small elevators weren't needed and many were demolished, though a few survived being used as additional storage for the larger companies. The one in Wrentham was purchased by Alberta Wheat Pool in 1958 and served as an annex for their adjacent grain elevator until it was then sold to a local farmer in 1968 for him to use as storage for his grain. It remained in his family ownership until his son was ready to retire in the mid 2000s. This set off a chain of events that lead to the elevator being purchased by the Ogilvie Wooden Grain Elevator Society (OWGES) in December of 2014.

The goal of OWGES is to raise money to preserve this unique elevator and awareness of being the last ‘Ogilvie Flour’ branded wooden grain elevator left in the . The intention is to restore the elevator on its original site and create a working museum. Additionally, a Provincial Historic designation is pending for this wooden beauty.  The once dormant Canadian Pacific Railway line to the north of the elevator was re-instated in the fall of 2016 by Forty Mile Rail, a farmer group based out of Foremost, AB that operates a grain train moving grain from  to Foremost. 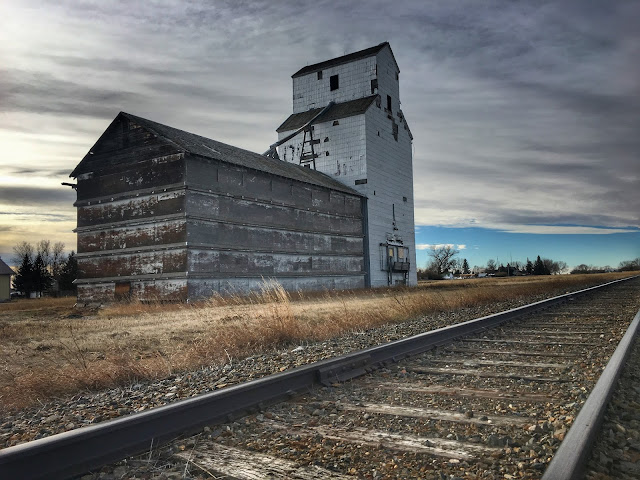 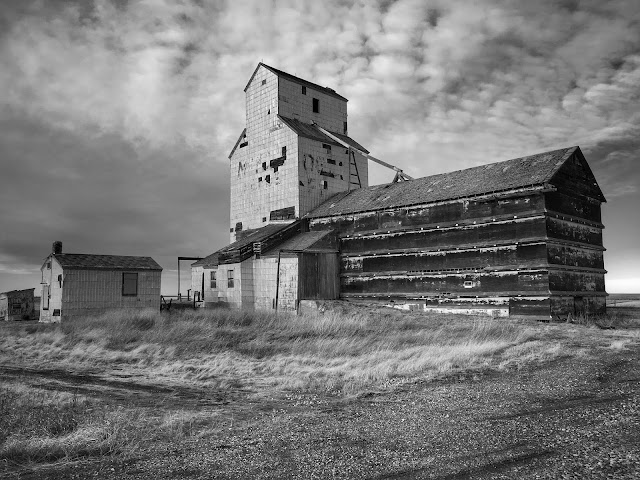 There are a few buildings on 'Main Street', including the Wrentham General Store which was opened in 1923 as a gas station and garage. The second building was added in about 1927 and became the store. The inside still has many of the original features. It received it's historic designation in 1997. It is sad to see it in this condition. 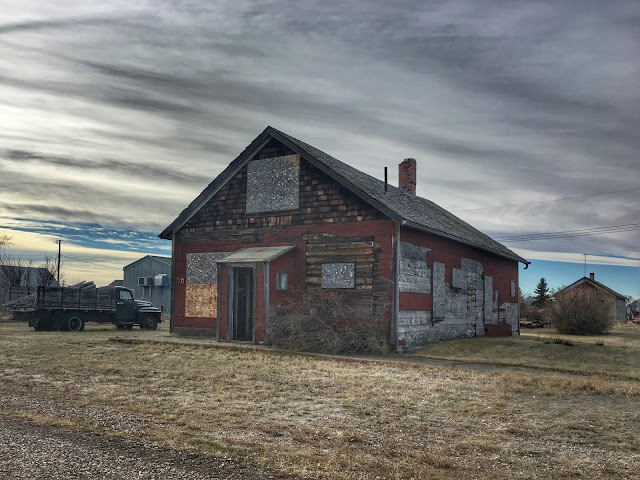 I'd like to give a special thank you to Jason Paul Sailer for providing invaluable info about the elevator and OWGES and for answering lots and lots of questions. Also, a shout out to Cody Kapscos and Chris Doering for always answering my questions. You guys are all awesome! If it works out next time I am down there, I'd love to see inside the elevator.