Memories of the Family Farm 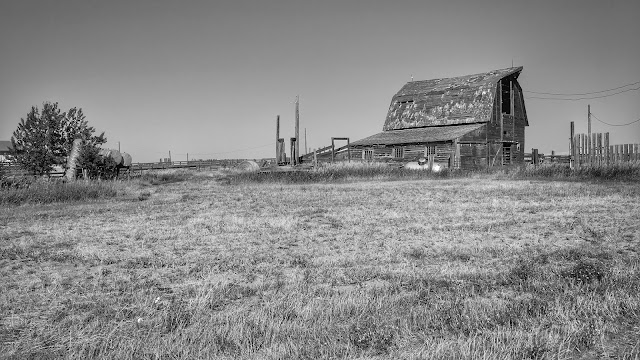 In September I had the privilege of accompanying a friend to the farm where her grandparents lived near the ghost town of Bulwark, AB. I'd been hearing about how I'd really like it there and was happy that an afternoon came together when we could take a road trip. It makes the day of every back road explorer to have permission to explore an abandoned farm. I say 'abandoned' but someone does still own these places, so no trespassing!

No one lives on the farm now, except for a couple of owls who have been spotted on the homestead and also in nearby Bulwark. I happen to think owls are fascinating and mysterious. I think seeing those owls was a good sign.

The farm has 3 houses, a beautiful barn and several outbuildings. One of the houses was lived in more recently than the original old farmhouse and other smaller house. One of my favourite things about old houses are the lightning rods, notice them on the house and barn. I suppose when they were installed they were the tallest points on the property, now the trees are taller.

Looking back I wish I'd taken more photos to capture the beauty and layout of the farm better. 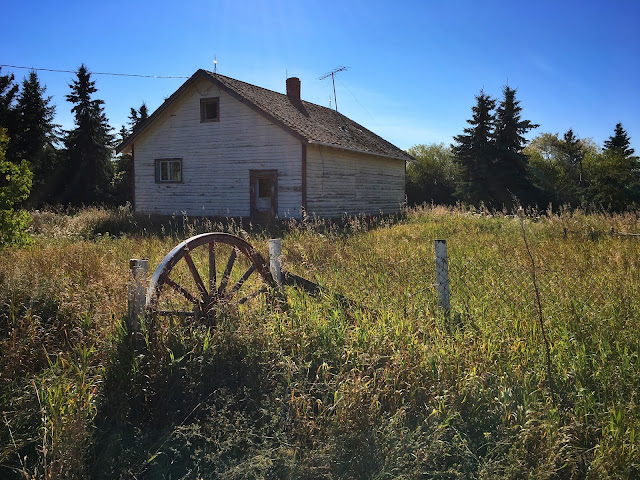 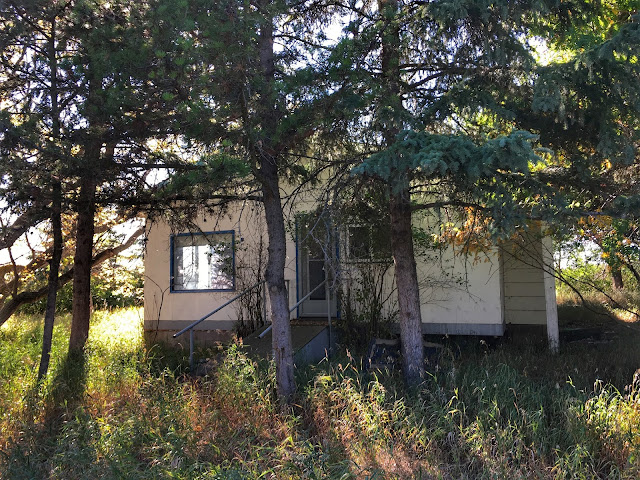 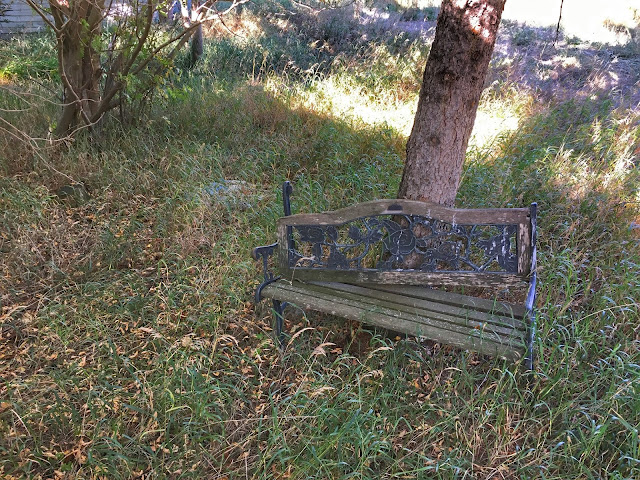 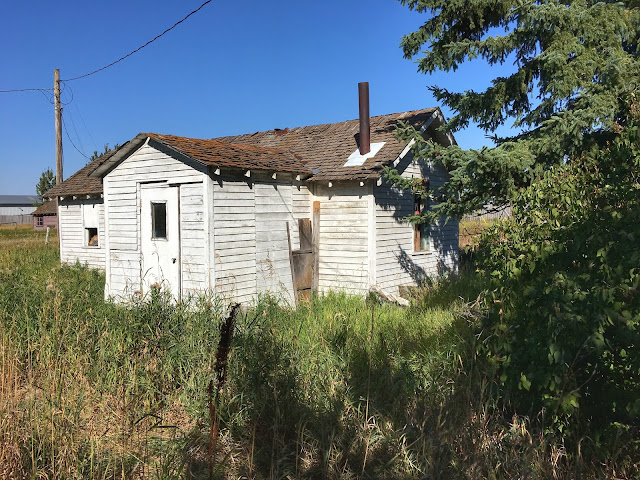 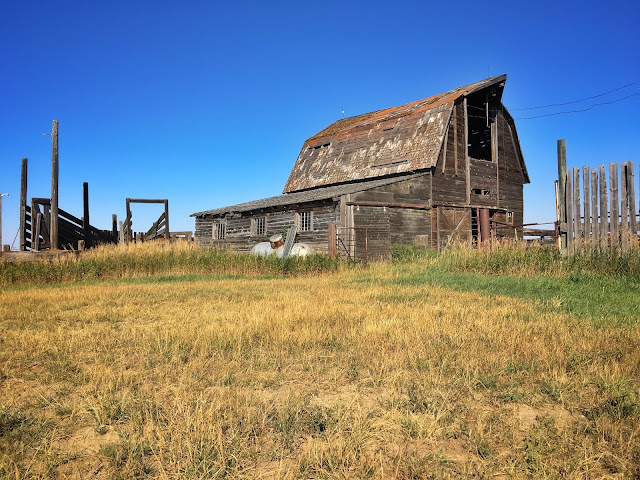 I also wanted to include another shot of the old Pioneer elevator from Bulwark which resides on a nearby (occupied) farm belonging to another member of the same family. 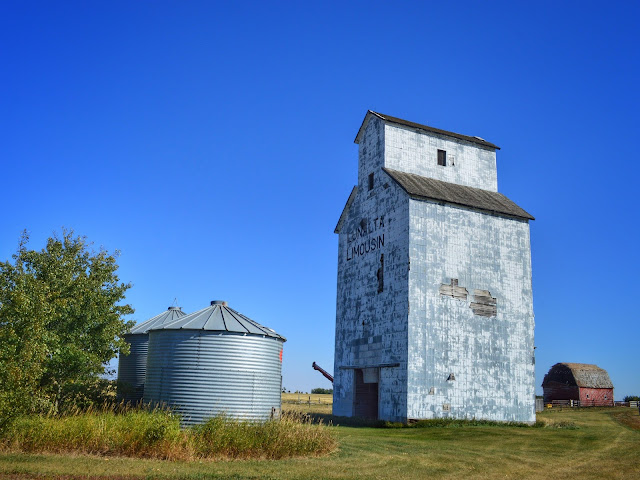 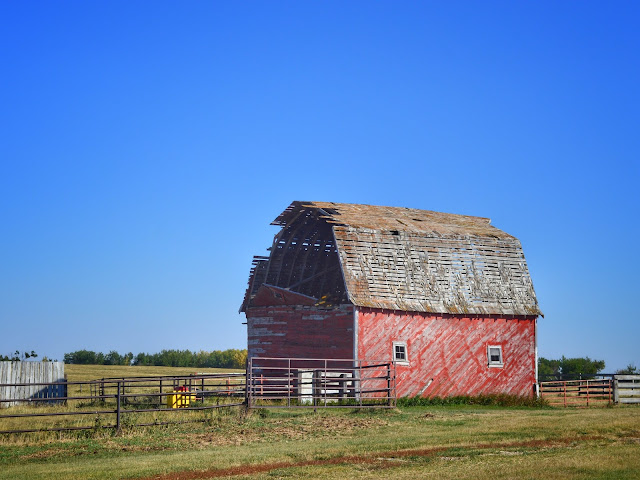 Where were you born? Do you prefer city or country life?