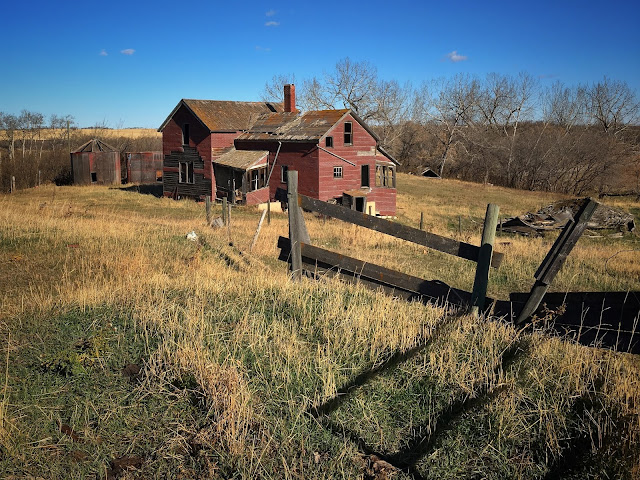 This fine October day will go down in my books as one of the best exploring trips I have had. It was one of those great days when it seemed like something interesting was on every other road. It was so good that I lost track of time and was gone for 7 hours. Luckily I was on my own that weekend and didn't have anywhere to be or anyone waiting at home. I did check in occasionally though so someone knew where I was in case of bandits or highwaymen. Truth be told, I only encountered actual people when I stopped for coffee and snacks.

I don't have background stories for most of the places I found that day, but I will recount my experience with one particular property.

I was cruising at a pretty good clip down a gravel road when a flash of old wood and red brick caught my eye. I could see it between trees that had dropped their leaves, which is one good thing about fall/winter exploring. It was an abandoned house on an inhabited farm. I was going to keep going as there was no place to get a decent shot between the trees anyway. I turned around at the next opportunity, I COULD NOT pass this place by. I found a house and knocked on the door, I introduced myself and the man who answered and he said I could go take photos. I asked if I just walk around the shed, he said yes, and was waving me in the general direction of the old house as he was shutting the door. I wanted to ask about the history of the house but I will take what I can get and I was glad for the permission to explore.

There were several old buildings and bits of old farm equipment and things hiding in the grass. As I was coming around one of the sheds, a furry black and white mass caught my eye in the tall grass and if I was still drinking my coffee I would have spit it out, or peed my pants. Or both. I stopped dead in my tracks. A SKUNK. Everything I know about skunks came to me: it's bad to see them in the day, it means they are rabid....don't move, it won't see you. Now that I think if it, that's a T-Rex who can't see you if you don't move. Also I don't know if it's true about seeing them in the day either. I actually know nothing about skunks. Cute story though, my son used to call them 'stunks' as a toddler.

Anyway, he didn't move. Was he dead? Sleeping? Do skunks play possum? I got out of there and continued on to the house. No photo of the actual skunk. 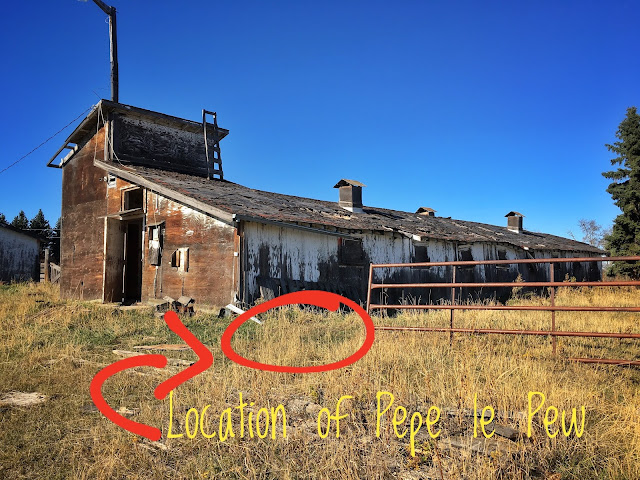 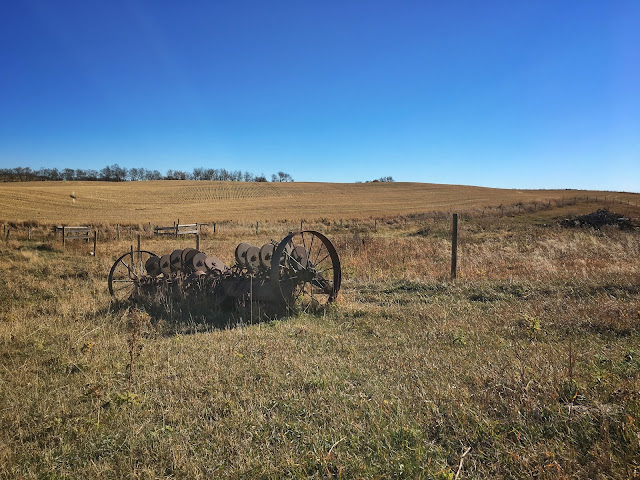 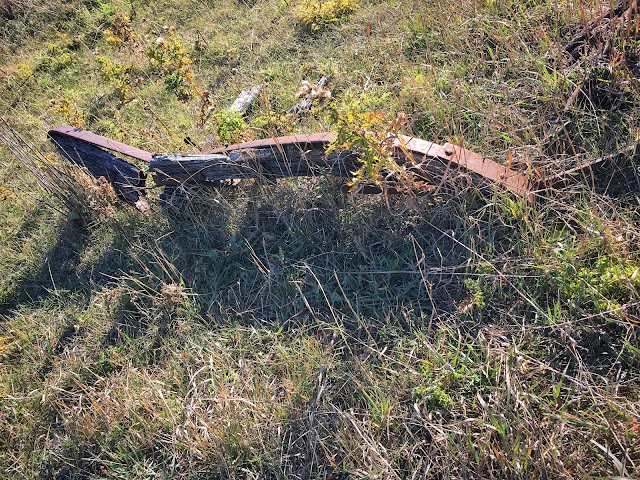 Asking for a friend, what gets rid of skunk smell anyway? Just in case.