Valhalla Centre and the Legacy of Inga Fimrite 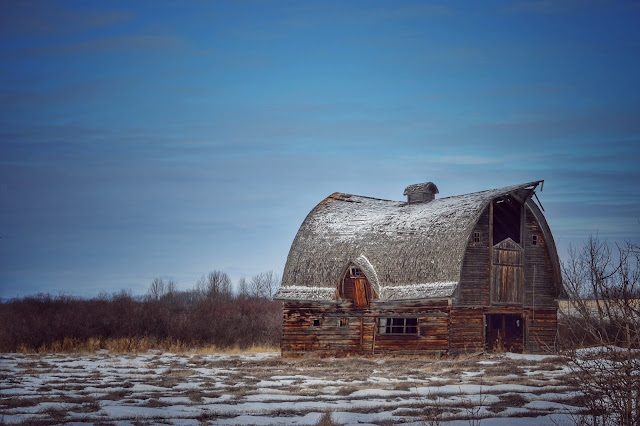 Why was I going to Grande Prairie you might ask? Not the place many would go willingly for a few days off but that's how things go when your significant other works away for long stretches. In the spirit of making the best out of being in Grande Prairie, I went exploring. 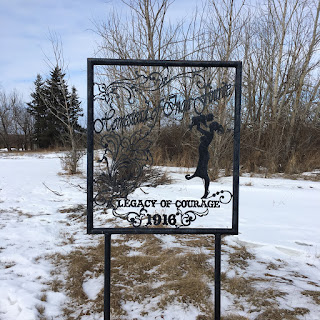 While out for a drive, I went through the hamlet of Valhalla Centre. It was named such by Reverend Halvar Ronning, a Lutheran Pastor who founded the settlement. Valhalla means 'Home of the Gods' in Norwegian. I missed it, but the Ronning homestead is in the area and is a Provincial Historic Site. On the north end of Valhalla Centre, I spied an amazing old barn and when I got closer I also saw a homestead marker. I've seen a few of these around Alberta and always stop for a photo. This one read: Homestead of Inga Fimrite - A Legacy of Courage 1916. This just begged to be researched more...lucky for you this is what I do for fun.

In 1916 Inga Fimrite was a single mother of 3 when she joined the group of Scandinavian settlers, led by Reverend Halvar Ronning (remember him?), who traveled the Edson Trail to settle the area. A single mother of 3....in 1916 travelling to settle in Northern Alberta..let that sink in. I should remember that when I'm having a tough day with my one child...in 2017.

I just read a story in a book called Unsettled Pasts: Reconceiving the West Through Women's History. The story is called My Mother's Trunk, by Olive Stickney, who was Inga's daughter born in 1914.  If you do math, she was 2 when her mother and 2 brothers set out on the Edson Trail. Olive paints a picture of a tireless woman, who was often still awake at 1am and up again by daybreak ready for the days work. Inga was able to trade services with the local bachelors by baking bread and washing and ironing for them while they helped on the farm. Olive remembers her mothers hands being calloused and as large as a man's. "Alone, she waged a winning battle against wind, snow, and drifts. Even at 50 below zero, there were chores to do and, in summer, plowing and fencing to be done." Truly an amazing woman! She passed away in the mid 80's, followed by Olive in 2003. Their legacy lives on. 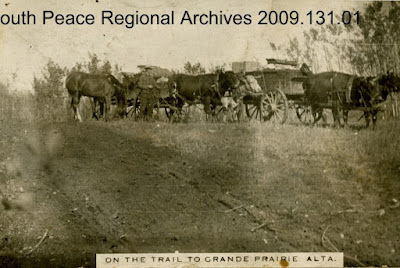