Dorothy: A Good Day in the Badlands 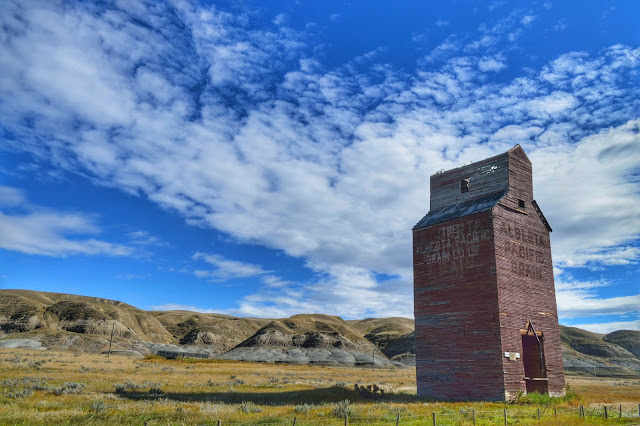 Seems like everyone and their dog (Toto?) has been to the hamlet (almost ghost town) of Dorothy, AB. It's secluded location, tucked into a valley in the Badlands, is breathtaking. It's lone grain elevator, old churches and assortment of abandoned buildings make for an interesting destination. I made this particular trip with an old friend and we got to Dorothy via some weird route that took us off paved roads and brought us down a winding gravel road into the valley where Dorothy sits,  it gave a us a fantastic viewpoint, so it all worked out OK.

Dorothy never got much bigger than 100 people and has less than a dozen today. We didn't see another soul while there. Like many towns it grew with the railroad and became a social hub for the surrounding area. It had 3 elevators at one point , 2 churches, a general store, butcher, post office, community centre, and school..the usual! I have to admit when I was there I was totally captivated with the grain elevator. I missed the general store and the little old house across the highway and the community centre. I saw them but didn't take photos.  D'oh.

Dorothy has 2 churches, a United and a Catholic Church.  They sit almost next to each other. If the design of the Catholic Church looks familiar, you are right, it used to be a schoolhouse. Both churches have been restored recently. Of the 3 grain elevators that used to be here, only the Alberta Pacific Grain elevator remains. The other 2 where Alberta Wheat Pool and the United Grain Growers. I am hoping the grain elevator is next to be restored, it has lost it's roof within the last few years and has a bit of a lean. I have heard rumors that this is the plan but funding this huge project is an issue. 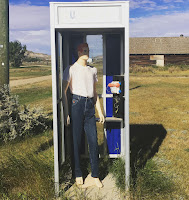 So this is an amusing sight...someone with a sense of humor changes the mannequins, as I have seen photos of it with a girl before or just empty. Also note the Fisher Price kids phone. LOL!

If you are ever in this part of Alberta there is lots to see, not far is Drumheller and the famous Royal Tyrell Museum of Palaeontology. http://tyrrellmuseum.com/.

Also close is the historic Atlas Coal Mine, which has the last wooden tipple in Canada.  My son and I took the tour and loved it.  You get to climb the tipple! That will be a post soon!  Check it out here: http://www.atlascoalmine.ab.ca/ 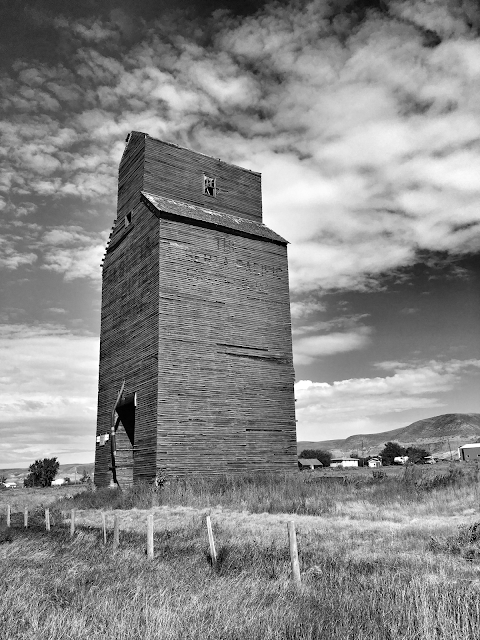 Another neat place to check is the hamlet of Wayne, AB.  It's a winding road that takes you over 11 different bridges.  Finally, have a drink at the Last Chance Saloon, and I will see you on the back roads.