It's hard to imagine that just 2 weeks prior to my visit, there was a crowd of about 200 on site to commemorate and acknowledge the history of the Hungarian settlers in the area. More on that here.

Here is a copy of the invitation that went out to local residents: 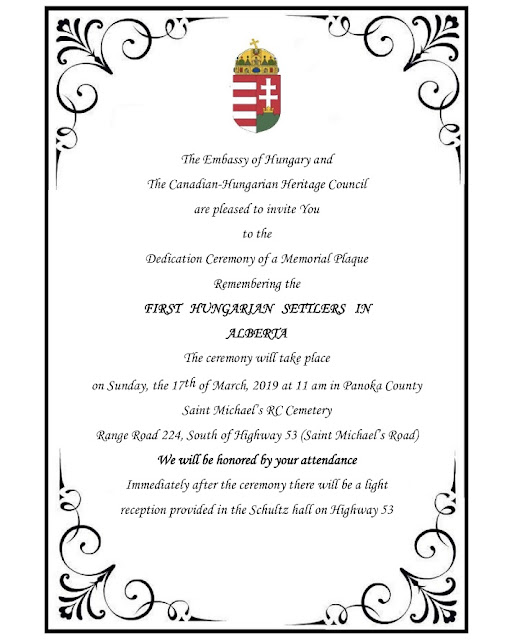 The reason I came to see the old church, also know as Manfred Hungarian Church, was that I heard that it is to be demolished. No date given but better to get out there sooner rather than later. When I arrived there was actually 2 other people there, in the cemetery. The man I spoke to confirmed that it was going to be torn down but he didn't know when. He said it's safe to go inside the church, so I took that as permission enough and made my way up the little hill to the church. The other visitors left and I was on my own, so if I had fallen through any floorboards, I might still be there.

The church, originally built in 1910, has gone through some changes. The church steeple was damaged in 1935 and was replaced by a wooden cross until 1955. The same year, a major reconstruction and renovation took place, which brought in a modern heating system and electricity.

As you will see in the photos below there is nothing left inside. The Ponoka News reports that the last wedding was performed in 1971 and 4 years later the church closed. The doors remained open until the mid 80's but were then locked due to the theft of some valuable items. I have to believe karma will get those who steal, especially from a church. 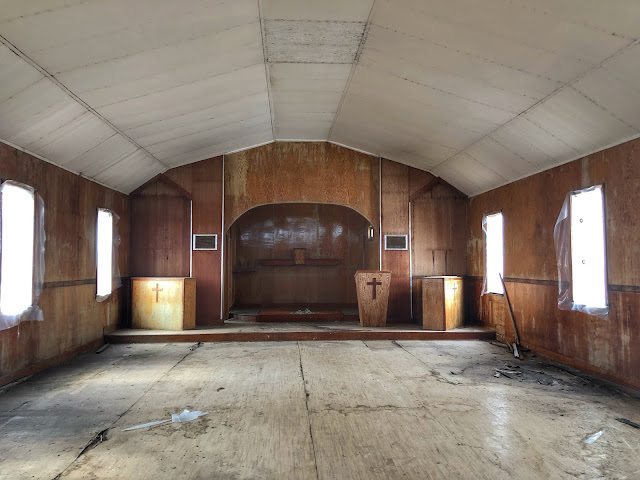 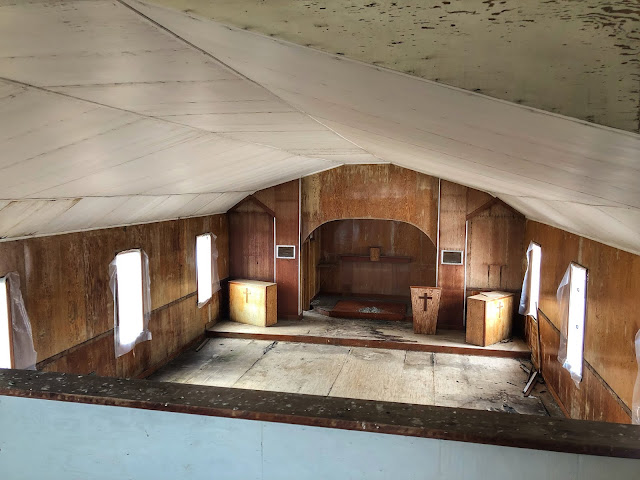 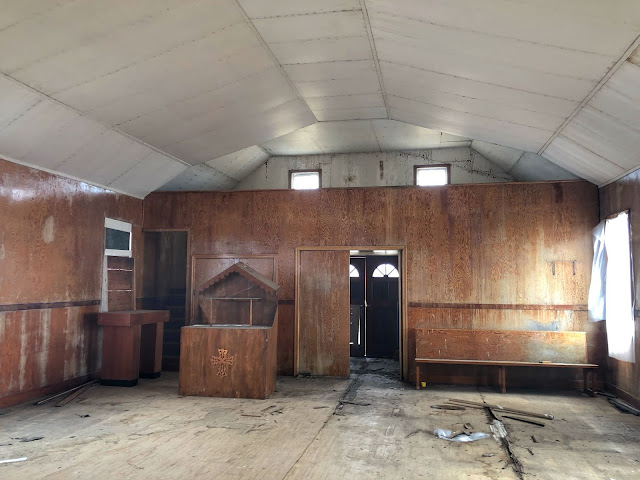 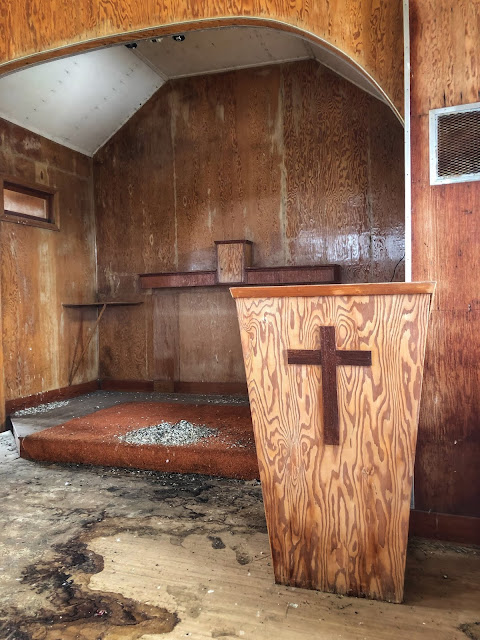 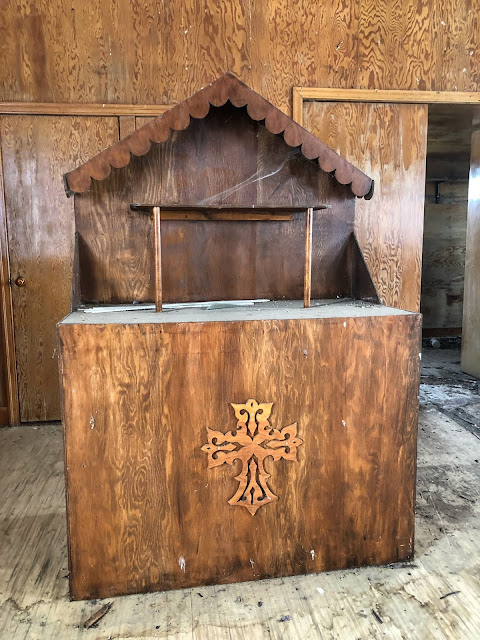 Now that we have seen the inside, minus the basement which I did not check out, let's see the outside! 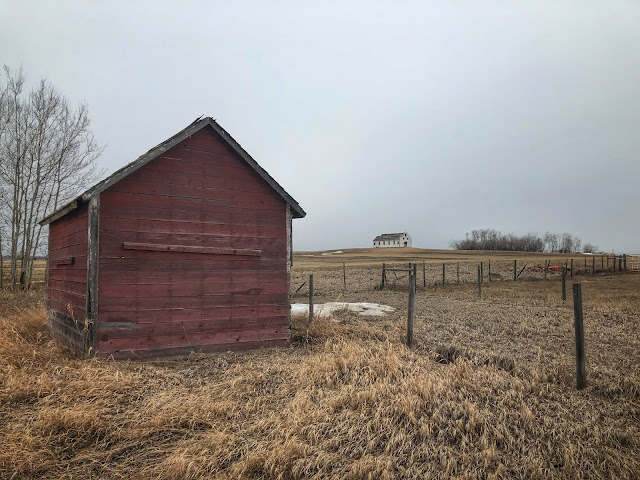 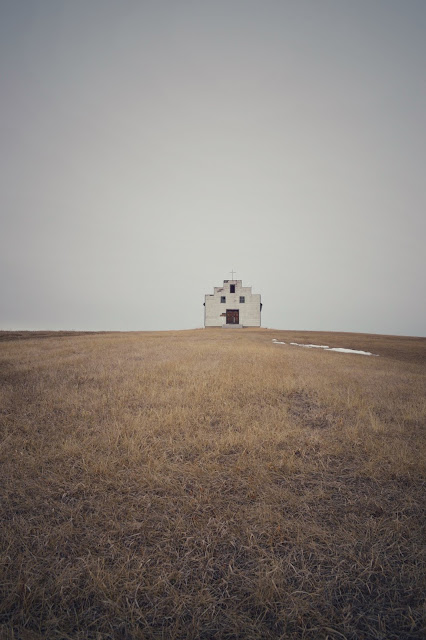 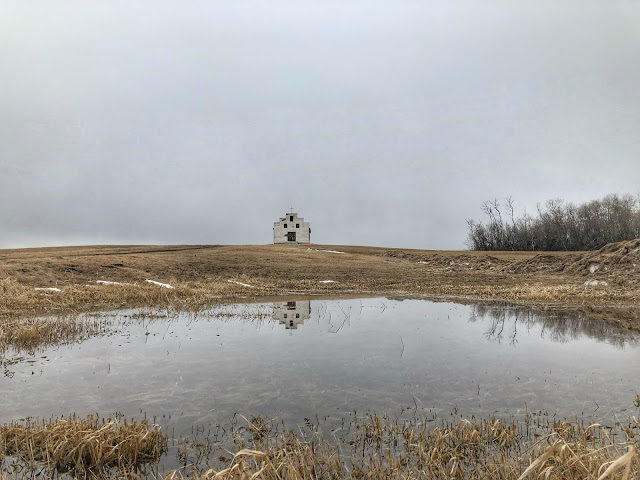 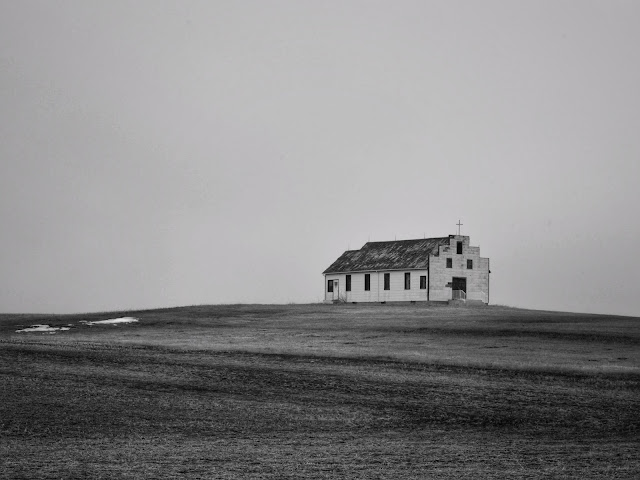 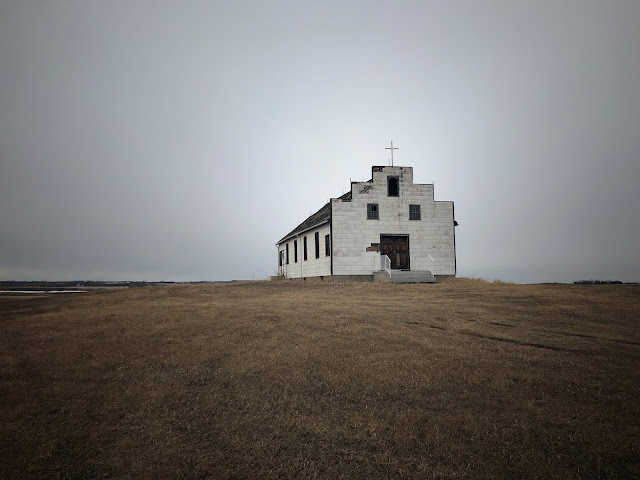 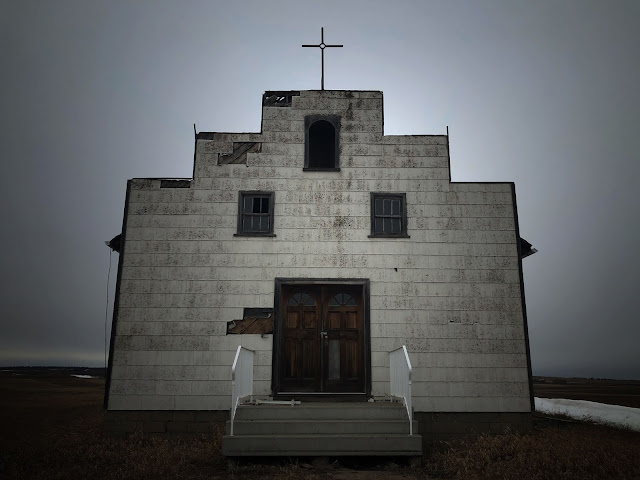 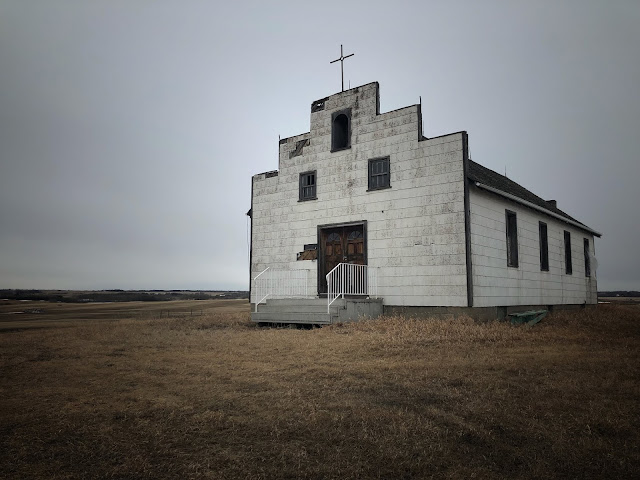 You may notice it looks quite different than the original construction and quite unusual looking for a pioneer church. Shame that this unique building with an abundance of history will soon be no longer. I am hoping to head out there for some sunset photos as it is in a perfect location for some sunset action. I better not wait.

Thanks to Glen Bowe. Check out his blog post on this church:  https://glenbowe.home.blog/contact/