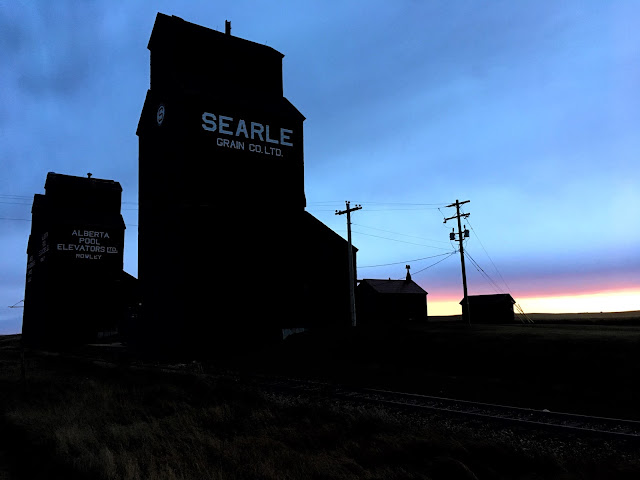 I had no idea what to expect when I decided to invite a bunch of people to meet me at Rowley, AB for monthly pizza night. This night happens on the last Saturday of every month and is how the locals raise money to maintain and preserve the historic buildings of Rowley.

I had been there last year, but on a non-pizza day, and I was alone to explore the town. This Saturday the town of 8-10 people swelled to around 300 (a guess only). Pizza orders start at 5 and since they can only bake 18 pizzas at a time, it can take awhile. No one seemed to mind. Sam's Saloon, compete with sawdust floor and free popcorn, was packed and the band (Hell City Express) and company were great. In the meantime, I happened to run into a local who had the keys to some of the old buildings so we got to see in the old store, train station and one room school house.

I will focus on a bit different view of Rowley than my first visit. With so many people camping in town this time, it would have been impossible to get good shots of any of the buildings anyway. I like photos without people. The photos from my previous trip can be seen here.

Right beside Sam's Saloon is the Rowley Trading Post. It is/was the general store and ice cream shop. In the back was a room set up with old wooden theater seats but it wasn't ever a theater. 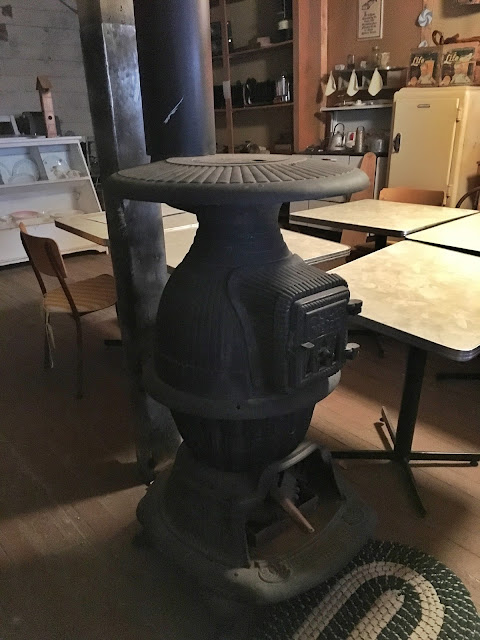 After that, it was onto the train station that was built in 1922. After being informed that the place was haunted, the phone in the train station rang! No one answered it. It rang again a few minutes later so I ran and picked it up. It sounded like an old man on the other end and he wanted to order pizza. I told him that he had reached the train station and he hung up. It rang again later. I wonder if he ever got through to the right number and got his pizza.


Last stop was the old school. It was first White Rose School built in 1911. It was moved to the nearby district of Hillsgreen when that school burned down in 1946. It became a community centre for a short time and then was moved to Rowley. 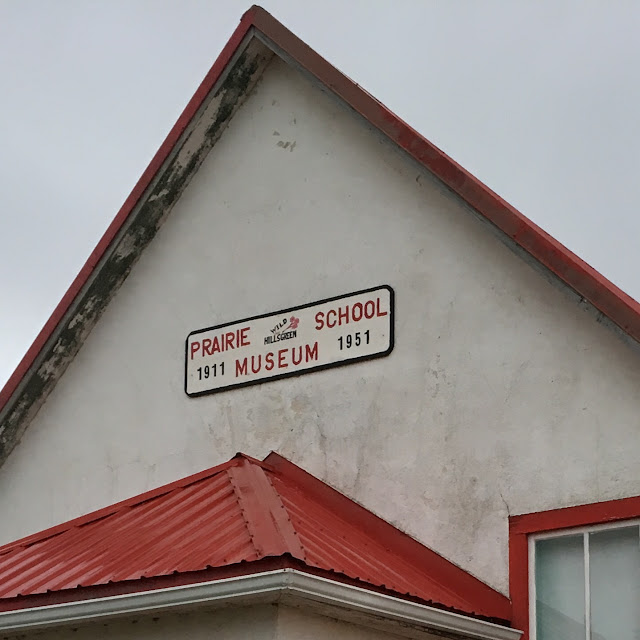 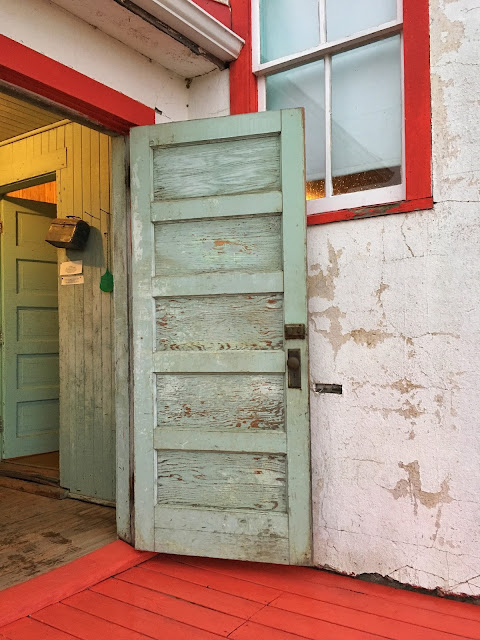 I was worried my son might be bored but there is a park there and there were so many kids to play with, he even found a kid he knows from our town! He also had books to read. We got our pizza around 8pm and it was delicious. It was good to see Chris and Connie from www.bigdoer.com, BW from http://everybodyhastobesomewhere.blogspot.ca/ and Tim & Kim. Also enjoyed meeting BW's nephew who was the life of the party. 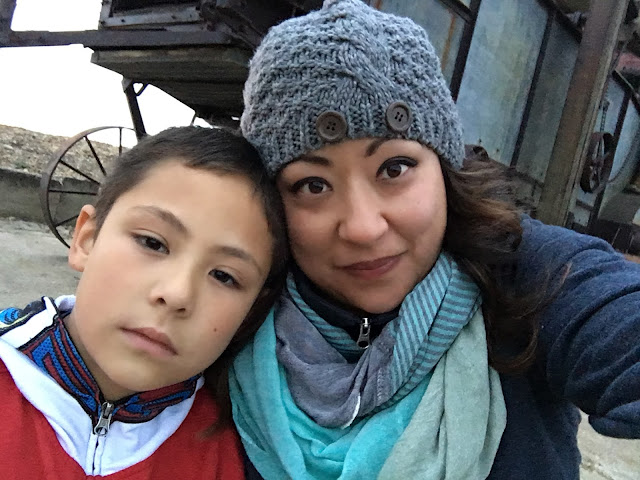 Hope everyone had a good weekend and maybe some pizza.
Posted by Jenn at 6:58 PM