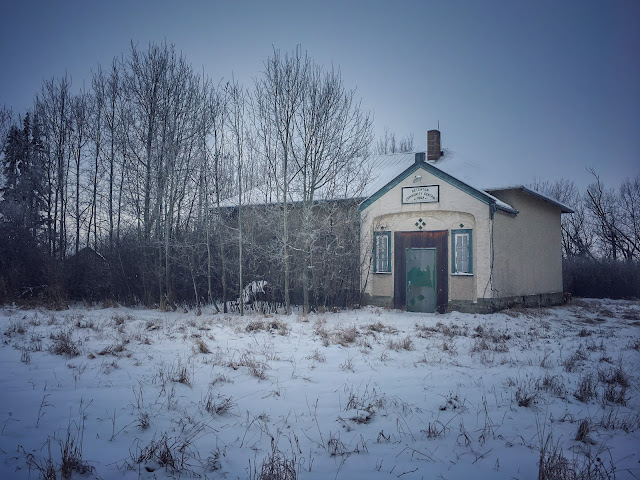 
Hopefully I didn't lose you after that poem...I will stick to taking photos. However I do think rhyming 'Betchton' and 'forgotten' gets an 'A' for effort.
Ok, so the school in the picture is in the Betchton district (NE of Olds, AB) but it is not the Betchton School.  It is actually Reed Ranch School, built in 1929.  It was moved to Betchton and became a Community Centre when consolidation occurred.  The date above the door says 1962. No info found on the fate of the original Betchton school, but likely demolished if a different school was moved in.  It was a unique looking school, not one of the typical designs I have see.   Neat! 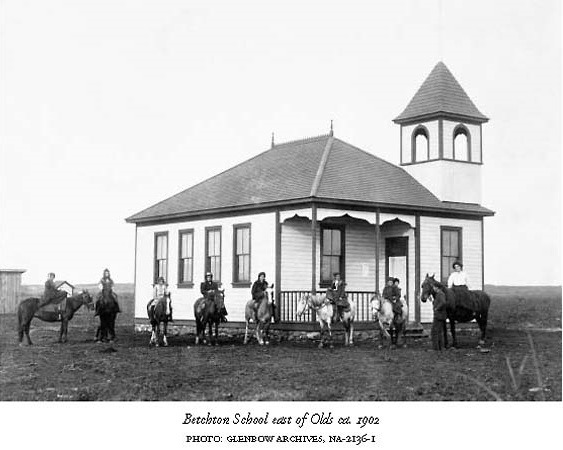