Skiff and the Sweetgrass Hills

I got to enjoy a quick 3 day trip to Lethbridge, AB this weekend. We got to see old friends and celebrate their sons birthday. It turned into a 4 day weekend when my son woke up sick Monday morning and we had to stay home. Such is life. It gave me a chance to blog and catch up on reading blogs while he was resting.

I was able to get out and do some exploring as well this weekend. Exploring in this part of Alberta is different from where I usually haunt. It seems lonelier, buildings and farms are less frequent and towns are small and far apart. Better make sure you have a full tank before heading out. I was expecting snow when I planned this trip but it turns out a chinook blew through and melted all the snow (not global warming). It was windy and the skies were beautiful, with lovely colours of pink and orange on the horizon over the Sweetgrass Hills to the south.

One of my many stops was Skiff, AB. This tiny quiet hamlet has a few streets of houses an old General Store and, the reason I stopped in, a grain elevator. The name Skiff appears to be a nautical reference as there are streets called Rudder, Tiller and Bow.

Most if not all prairie towns had a grain elevator, usually more than one. Skiff used to have 3. This remaining one is now privately owned. The previous owner was Parrish & Heimbecker. The other elevators were originally Alberta Wheat Pool. They have been gone since around 2000. 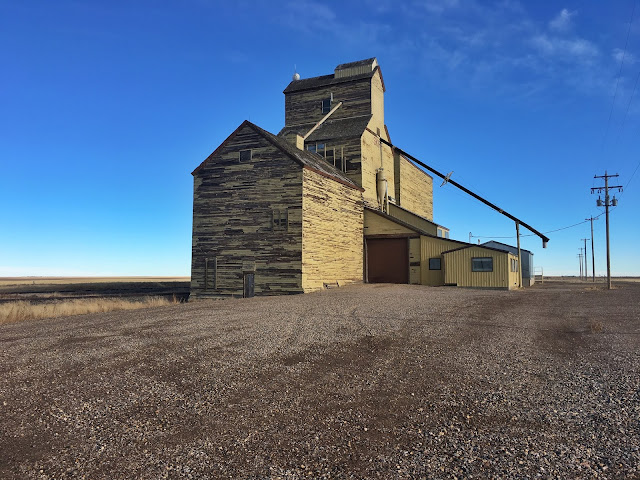 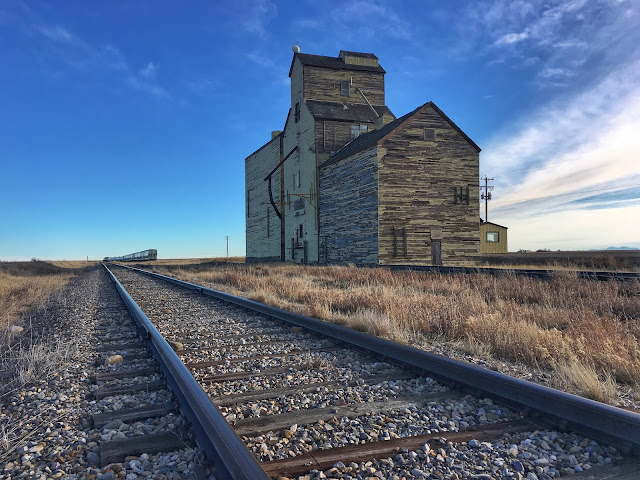 The old general store is a block away from the elevator. You can still faintly read 'General Store' and John Deere Farm Equipment'. 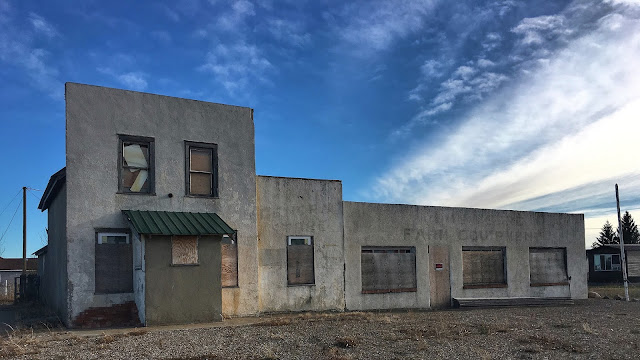 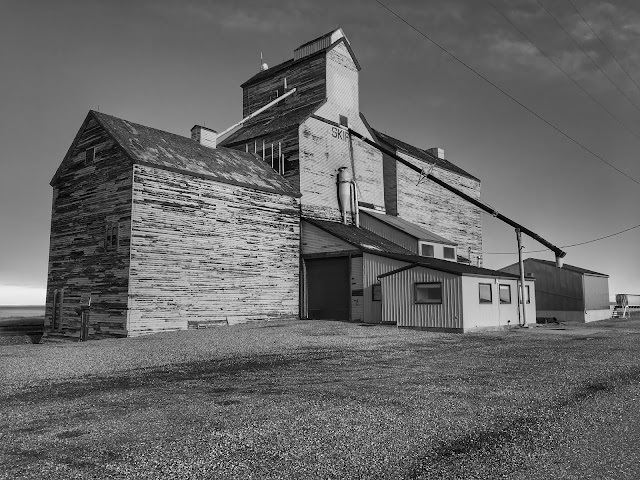 Below is an old photo from 1999 of the elevators courtesy of Chris Stackhouse, who has photographed many wooden grain elevators as well as prairie life and much more, check him out!

After leaving Skiff, I found an old homestead. All that remains are several sheds and outbuildings. There was also a stone set of steps that once led to a house. It would've been a magnificent view from the front door of that home. 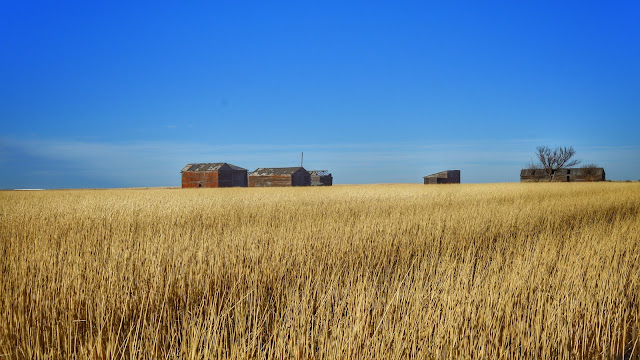 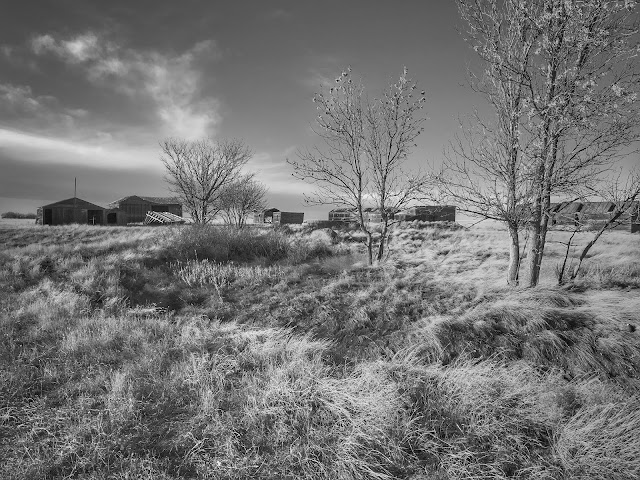 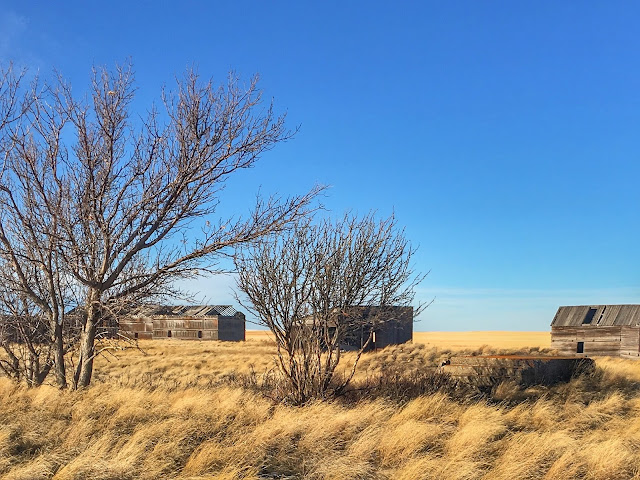